“Write This Down…” provides a restatement of selected points or observations from various teaching venues at which Pastor Matthew speaks. The following material is from Pastor Matthew’s sermon entitled, “The Verdict is In,” part of the sermon series “Memoirs of an Ancient Prophet: A Study of the Book of Daniel,” presented the weekend of February 27, 2011, at Bethel Church:

Finding himself right in the middle of a resurging Babylonian kingdom, Daniel is confronted with an ominous vision regarding the nations, their destructive influence, and their ultimate demise. Parallel to the vision King Nebuchadnezzar is given in Daniel 2, the vision of Daniel 7 suggests that four great empires will emerge from the sea of peoples that make up the world (cp. Daniel 7:3). These empires are the Babylonian Empire (the head of gold in Daniel 2:38 and the lion in Daniel 7:4), the Medo-Persian Empire (the chest and arms of silver in Daniel 2:39 and the bear in Daniel 7:5), the Greek Empire (the torso and thighs of bronze in Daniel 2:39 and the leopard with four wings and four heads in Daniel 7:6), and then the Roman Empire (the legs of iron, along with the feet and toes of iron and clay in Daniel 2:40 and following, and the awful beast in Daniel 7:7 and following). It is noteworthy that the Roman Empire enjoys a resurgence of sorts, seemingly indicated by the clay and iron toes in Daniel 2, and by the ten horns of Daniel 7:8-9. The resurgent dimension to this ancient empire is unfolding today and will continue to evolve in the (near) future.

Just as Nebuchadnezzar’s vision finds the image or statue destroyed by a rock cut out but not by human hands (cp. Daniel 2:45), so too does the beast of Daniel 7 ultimately meet its demise by means of the Son of Man who is presented “dominion and glory and a kingdom” by the Ancient of Days (see Daniel 7:13-14). Parallel to this reality are passages like Revelation 19:11 and following, as well as Matthew 25:31 and following.

The “little horn” which appears atop the beast is the antichrist (see Revelation 13:1 and following) who manifests great havoc upon the people of Israel and others (cp. the saints of the Most High in Daniel 7:25). More of him is revealed in later portions of Daniel’s memoir. 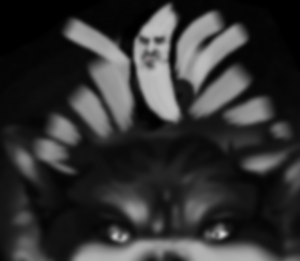 In the face of the prophetic realities a handful of things are to be understood. First, we can have total confidence in the Scriptures. Even a glimpse at the increasingly united Europe of today helps us to see the evolving Roman Empire for the future. Twenty-five hundred years after Daniel prophesied we see these elements coming to fruition. God’s written Word cannot be easily dismissed.

Secondly, we can have hope for the future. In a world filled with so many troubling things we can be certain that God will make all things new. There will be a day when the Son of Man, the Lord Jesus Christ, will set his followers safely apart from the evil forces of time and space. He will judge those who oppose him and his followers, and bless those who have been faithful. We have a hope that will never fade.

Thirdly, we must have tender and sobered hearts for the souls living around us. The time is short and the needs are great. The “End” is coming sooner than we probably understand. Just as Daniel’s heart seemed broken (see Daniel 7:28), so too should ours be sobered by the reality that so many need Christ and without him will suffer loss.

Lastly, we must therefore declare God’s glory among the nations (see Psalm 96:3). In this way more and more people will find their names in the book of life (cp. Daniel 7:10).