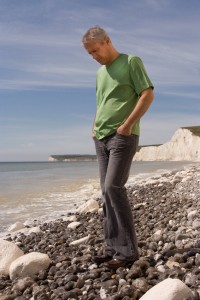 As a leader there are no end of things I could choose to manifest good leadership: certain styles or particular points of substance that I want to be about. There are all kinds of methods for leading: delegating, controlling, being passive, being a bully. There are various types of leaders. There is the narcissistic leader and the control-monger and the passive-aggressive leader and the relational leader, et cetera. But regardless of styles or substance or methods there is one priority that must prevail over all, especially for the Christian leader: that he or she walk with God.

I am fascinated of late by a man named Enoch. Many of you reading are familiar with his story. He is immensely famous yet only a couple of lines of the biblical text are devoted to him. Genesis 5:24 summarizes what little there really is of Enoch, saying, “Enoch walked with God, and he was not, for God took him.” There you have it. His walk with God was so intense, so amazing, so refreshing, that evidently God called him to Heaven just, well, because.

Which tells me something very important. Whatever unfolds because of my leadership is clearly secondary to merely walking with God, for it wasn’t any of the typical stuff of leadership that causes somebody like Enoch to stand out. We don’t even know if he led anyone! But we know he walked with God, and among the annals of biblical history his walk with God must have been something pretty special, for only he and, much later, the prophet Elijah, are called to Heaven without having seen the grave.

Of course, now I’m sitting here scrutinizing my “everything” to see if by chance walking with God is really my first priority. Or, is it building an empire or leading a team or preaching a sermons or. . . ?