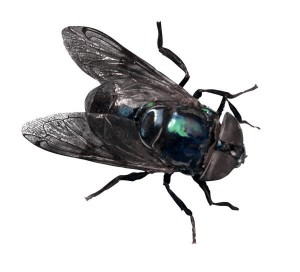 Proverbs 4:23 has mocked me for years. Herein the great writer of thousands of sayings challenges all of us to guard our hearts. “Keep your heart with all vigilance,” he writes, “for from it flow the springs of life.” The mocking comes because too often I do not want to guard my heart.

I just want to give in.

It’s a whole lot like the window I opened some time back. Standing in my daughter’s bedroom on a warm summer day, I reached for the latch on the window, unlocked it, cranked it open, and much to my shock about twenty flies poured into the room. Needless to say my daughter was mortified, as was I. It was as if the flies had stealthily situated themselves around the window frame, like some SWAT team poised to break in and attack. It was disgusting, honestly, and now there were flies zooming all over our home.

Sin is like that. You open the unguarded window of your heart, perhaps even just a bit, and in come the disgusting things, zooming and buzzing and creating no end of chaos as you now find yourself scrambling to deal with the attack. Sometimes you know the invaders are lurking just around the window frame, and yet you still open the window. Sometimes you have no idea. Either way, the invasion happens when in an unguarded and perhaps thoughtless moment the window is cracked.

Maybe the flies buzzing through the corridors of your heart represent pride. Maybe one represents an unforgiving spirit. Perhaps another represents some insatiable lust of the flesh. Maybe one or more represent the imitation of spiritual progress rather than real spiritual intimacy. And on the list could go, each winged interloper irritating the snot out of you while you randomly wave at it with your ball cap or fly swat or dish towel, desperate to kill it but finding it ever-elusive. And tucked away in the drone of the buzz is Proverbs 4:23 teasing and mocking and reminding you—and me—of, well, failure.

Of course, at some point, I, as the father determined to respond to my daughter’s loud pleas for help, track down every fly. Each one either gets smashed with whatever is convenient (a magazine or my Fighting Sioux Hockey hat or a dish towel), or at the right moment another window is cracked open, just enough, and out it goes. It takes time. It takes patience. A lot of grunting and sighing is required.

But eventually it works and peace is restored. To paraphrase Joel 2:25, “I will restore to you the moments the flies have eaten.” Hmmm.

But that is what the Father does to deal with our mortified spirits. With tenderness and sniper-like focus the Father moves through the corridors of our souls knocking out each fly, either by execution or eviction, so as to restore order and quiet. If we can’t guard our hearts then we can at least trust the Father to come and clean up the mess. “I will restore,” the Father says. Surely the Father is the true Lord of the Flies.

And with the restoration is a shining opportunity to guard the heart once more. If for a moment you want to crank the window open to let in what you think could be a fresh breeze, please be certain to look around as carefully as you can. There may be dark little flies just waiting for the opportunity to invade. If even for a second you think they are there, remove the hand from the latch and crank, walk away, and find your refreshment elsewhere—preferably at the foot of the cross.