The Awful Pattern of Sin-Management 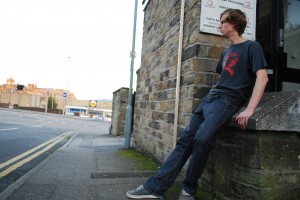 A simple review of the center of John’s gospel account gives us a glimpse into the awful drama of sin-management: Now when Jesus came, he found that Lazarus had already been in the tomb four days. Bethany was near Jerusalem, about two miles off, and many of the Jews had come to Martha and Mary to console them concerning their brother. So when Martha heard that Jesus was coming, she went and met him, but Mary remained seated in the house. Martha said to Jesus, “Lord, if you had been here, my brother would not have died. But even now I know that whatever you ask from God, God will give you.” Jesus said to her, “Your brother will rise again.” Martha said to him, “I know that he will rise again in the resurrection on the last day.” Jesus said to her, “I am the resurrection and the life. Whoever believes in me, though he die, yet shall he live, and everyone who lives and believes in me shall never die. Do you believe this?” She said to him, “Yes, Lord; I believe that you are the Christ, the Son of God, who is coming into the world.” (John 11:17-27, ESV)

There is a better way to live rather than seeking to constantly manage our own righteousness, particularly in the face of crisis. It is by choosing soul-rest over and above sin-management. This is made possible because Jesus is the resurrection (giving me a future beyond the brokenness with which I am dealing) and the life (giving me rest and peace in the midst of the brokenness with which I am dealing). And this precious soul-rest comes by taking Jesus at his word that he injects hope and peace and life into the toughest things—even our own unrighteousness.

Can you take him at his word?

1 thought on “The Awful Pattern of Sin-Management”

It’s surreal, reaching your latter years & looking back. Jesus saved my life. Said he would when I was 9 & he did. I mean in every way. Yes, eternally, but also just right here in the momentary havoc where mortals made of dust strain to stay in one piece against relentless winds.

The Cross is not just a bridge to get us to God; it's a sledgehammer that breaks down hostile walls that separate us.