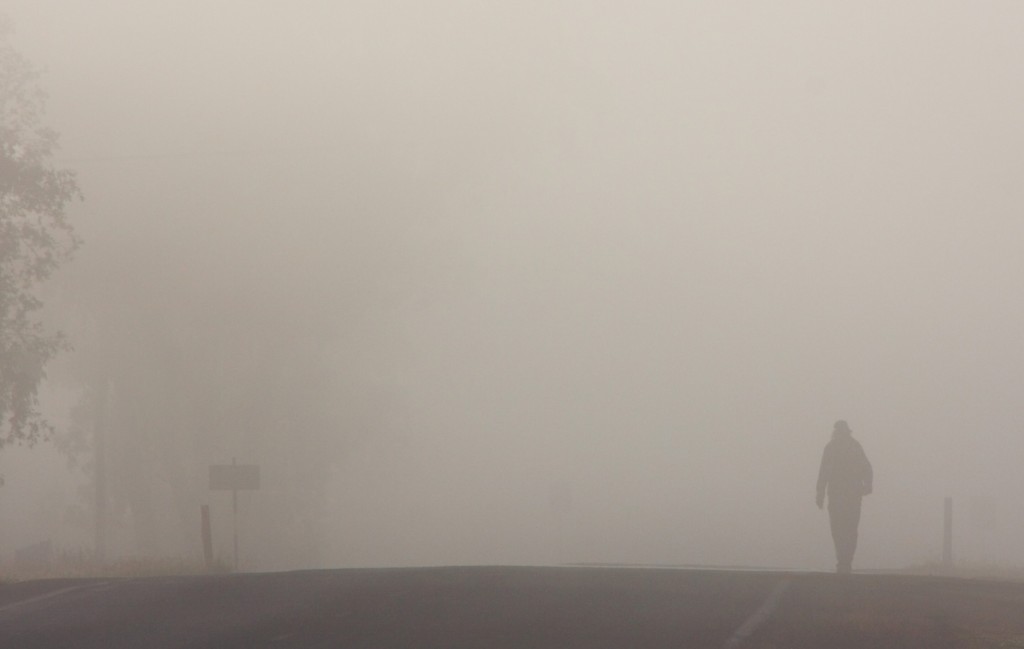 Psalm 64:1 finds King David wrestling with shadows instead of substance. By so doing he seemingly represents you and me. Countless are the shadows that I box. Consider the actual verse: Hear my voice, O God, in my complaint; preserve my life from dread of the enemy. The observation that this ancient king wrestles with shadows and not substance rests upon the simple word “dread.” Note from what it is he is asking relief. It is not the enemy. It is dread of the enemy.

I cannot help but think of Franklin Delano Roosevelt’s apt statement in his first inaugural address in 1933: the only thing we have to fear is fear itself. The dread or fear of the enemy is the dark shadow that some enemy casts, a shadow that dominates our minds and oppresses our spirits. It is a blackened mist whose tiny droplets represent the unknown, an uncertain future, terrible assumptions, awful presuppositions, and hidden rage. The dread of which King David speaks, and with which we grapple moment by moment, is not at all unlike the Wizard of Oz who appears loud and frightening, an intimidating head surrounded by fire and smoke, commanding attention with his bluster. But the reality is that behind the curtain is a tangible figure, in some ways a pathetic figure, flipping levers and spinning wheels, and yet, with substance that is less formidable than the shadow. Often the real enemies of our lives are not much different from us. Ordinary, tired, broken, even pathetic—people flipping levers and spinning wheels in some desperate attempt to survive. When you and I are in a position to recognize this reality, the enemies seem less ferocious and the blustery shadows they cast less provocative. When we can give them a clear name, assess their reality, and see them within the greater context of who we are and, more importantly, who God is, they lose whatever power we had assigned to them.

But many times we do not and cannot recognize the real figure behind the curtain because we are fixated on the dread that seems to emanate from there. The idea of throwing sheer logic at enemies—logic that could help us understand more clearly the true limitations of those people or things that oppose us—escapes us because the dark cloud of dread is so thick. And in some sick way the dread we fear becomes for us an ally—an ally that joins us in our effort to avoid the difficult conflict that tends to come when we deal directly and responsibly with whatever opposes us. Ironically, that very conflict is also part of the very dread that we at once hate and choose to invite to our side.

Fear is a complicated thing.

Which brings us back to dear King David, who, in his wisdom and perhaps as the result of years of tough living, simply asks the God of Heaven and Earth to preserve him from it. Preserve my life from dread. Rescue me from fear. Pull me out of the tortuous fog that my imagination has allowed to descend. Evidently King David understood the only way to deal with the fear, is to give it to the Lord.