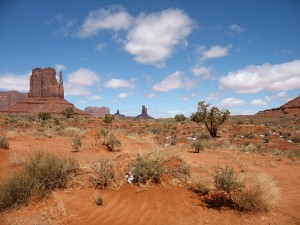 Mountain-top experiences may be exhilarating, but most of life is lived in the lowlands. Certainly that is made clear in the historical accounting of a father and his demonized son, and the various people that are connected with their drama. Read through Mark 9:14 and following for the details:

And when they came to the disciples, they saw a great crowd around them, and scribes arguing with them. And immediately all the crowd, when they saw him, were greatly amazed and ran up to him and greeted him. And he asked them, “What are you arguing about with them?” And someone from the crowd answered him, “Teacher, I brought my son to you, for he has a spirit that makes him mute. And whenever it seizes him, it throws him down, and he foams and grinds his teeth and becomes rigid. So I asked your disciples to cast it out, and they were not able.” And he answered them, “O faithless generation, how long am I to be with you? How long am I to bear with you? Bring him to me.” And they brought the boy to him. And when the spirit saw him, immediately it convulsed the boy, and he fell on the ground and rolled about, foaming at the mouth. And Jesus asked his father, “How long has this been happening to him?” And he said, “From childhood. And it has often cast him into fire and into water, to destroy him. But if you can do anything, have compassion on us and help us.” And Jesus said to him, “‘If you can’! All things are possible for one who believes.” Immediately the father of the child cried out and said, “I believe; help my unbelief!” And when Jesus saw that a crowd came running together, he rebuked the unclean spirit, saying to it, “You mute and deaf spirit, I command you, come out of him and never enter him again.” And after crying out and convulsing him terribly, it came out, and the boy was like a corpse, so that most of them said, “He is dead.” But Jesus took him by the hand and lifted him up, and he arose. And when he had entered the house, his disciples asked him privately, “Why could we not cast it out?” And he said to them, “This kind cannot be driven out by anything but prayer.” (Mark 9:14-29 ESV)

Woven through the narrative are various realities that reflect too much of our own experiences. For instance, note the strife between the disciples and the religious elite who, rather than focusing attention on the father and his son, merely wish to argue. Take in the despair of the father who finds his ability to care for his son is completely gone—he has no control over his son’s world. Do not miss the demon’s determination to destroy; even a child! Note the utter brokenness and injustice of the boy’s circumstances. See the disillusionment of the father, whose faith is flagging because of the perceived hopelessness of the situation and the helplessness of the disciples. Feel the confusion and helplessness of the disciples; their impotence in the face of the need. Strife, despair, pain, brokenness, injustice, confusion, helplessness, impotence, failure—these too often describe the world in which we find ourselves.

But with Jesus all things are possible! Without hesitation he confronted the demon and ordered him away. The boy is free, and the father overwhelmed, we can imagine, with unspeakable joy. This turn of circumstances brings to mind some important take-a-ways. First, we must not underestimate the destructive determination of Satan and his minions. Evil is real and dangerous. Secondly, we must never dismiss God’s ability to do the impossible—never! Thirdly, experience, title, and position are never a substitute for dependency upon God. Fourthly, even the most fragile faith is sufficient to move the heart of God; a clear sign of dependency. Lastly, we must cultivate a lifestyle of humble and dependent prayer as a key to staying close to the beating heart of God. As his ambassadors, this is our key to any real success.