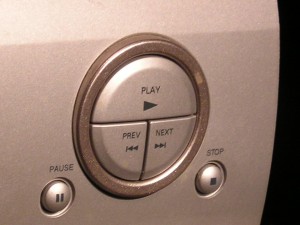 “Forward!” is the watchword of the spiritual life, a movement toward a destination that seems so incredibly elusive, but one into which we will step when it does in fact materialize.

Consider the Israelites as an example. God had done a work beyond comprehension. He had rescued them from centuries of slavery in the brutal land of ancient Egypt. Freed at last from their bondage, they as a people were moving across the vast wilderness of the Sinai peninsula, heading toward a destination of promise; a land of hope that they would call their own.

And so they struggled, even saying amongst themselves, “Let us choose a leader and go back to Egypt” (see Numbers 14:4).

Exodus 16:2-3 give some insight here. Consider the following moment in time: And the whole congregation of the people of Israel grumbled against Moses and Aaron in the wilderness, and the people of Israel said to them, “Would that we had died by the hand of the LORD in the land of Egypt, when we sat by the meat pots and ate bread to the full, for you have brought us out into this wilderness to kill this whole assembly with hunger.”

For what did the Israelites long?

God might be calling them to something new, to a new place of growth and maturity and service, but what they had was familiar, and therefore it was what they still wanted. Going forward was not savory because going forward meant moving into the unknown, away from what was comfortable and familiar and quantifiable. And the cost of this was simply too much to bear.

Interestingly, in the midst of these understandable fears, the Lord God chose to test his people to see just what they were made of. Exodus 16:4 finds God telling Moses: Behold, I am about to rain bread from heaven for you, and the people shall go out and gather a day’s portion every day that I may test them, whether they will walk in my law or not. Rather than overwhelm them with abundance or clarity or power or comfort, he gave them just enough, most likely so that he could determine to what extent they would lean into him as he took them forward. In effect the Lord God was asking them, “Will you trust me moment by moment, for that is the high calling of forward progress?”

No matter what your particular situation is, I suspect God is moving you forward. Are you going to trust him moment by moment, or are you going to pine for what has been, believing still that remaining behind is somehow better than letting the Lord take you forward?