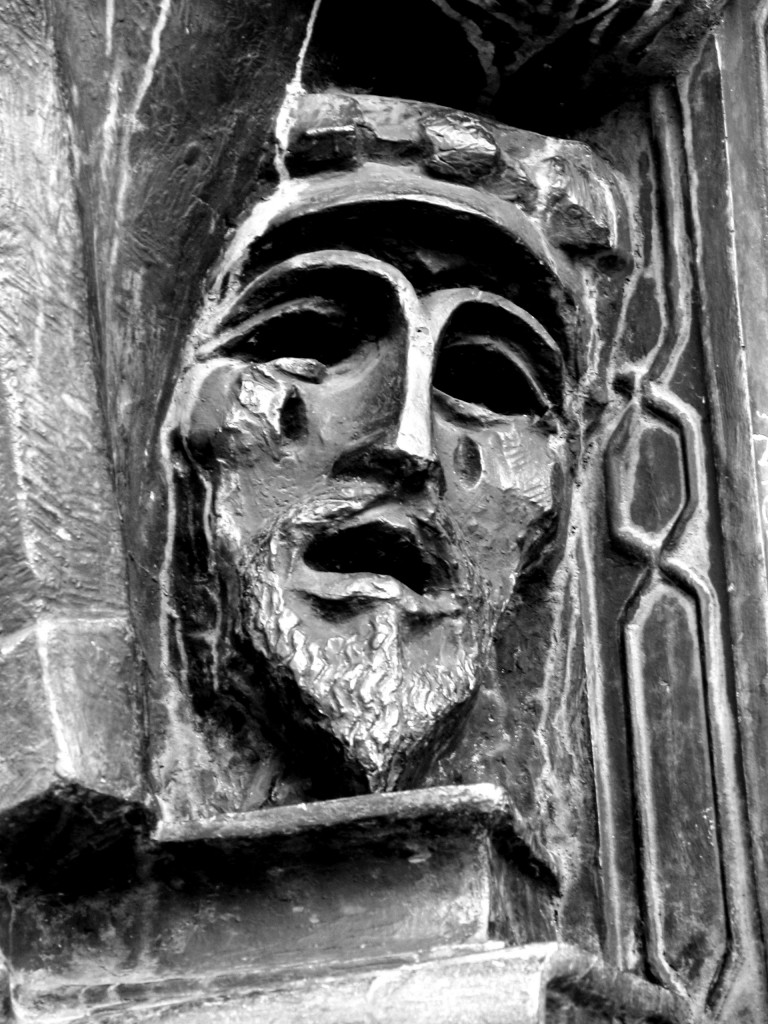 Integrity, No Matter the Cost

Integrity is the art of modeling and managing trust in a superlative fashion. And yet owning it is one of the most challenging things any human can do. The toll depravity takes on the soul is such that being a steward of trust is nigh to impossible, certainly without any concerted effort.

In a world where the integrity of political leaders and iconic coaches and university administrators and Wall Street tycoons is a wreck, and where the constant barrage of a narcissistic entertainment and political culture rules the day, any thoughtful reflection on the place and practice of integrity is welcome. Perhaps the following, therefore, will prove timely.

Second Samuel 11 paints a sordid picture of a troubled time in the annals of Israel. King David, otherwise revered by millions throughout the ages, steps aside from his seemingly sterling existence and embarks on a path of destruction that leaves people dead, confidence shattered, marriages ruined, and the fabric of family utterly ripped to pieces. The story is a famous one: King David remains at the castle while his faithful band of soldiers tough it out in the field of battle in a distant land; a gorgeous woman bathes on the deck of her upscale home, in direct line-of-sight of the lonely and bored king; a moment’s shared lust gives way to pregnancy, which then gives way to a dilemma—the woman is married to one of King David’s best friends, a man named Uriah, a valiant warrior fulfilling his duty at the battle front.

Consider now the challenge King David has. Uriah’s wife is pregnant. How could the king cover the mess he has made? Perhaps he could invite Uriah home from the war. Go down to your house, Uriah, and enjoy an evening with your bride, the king offered in 2 Samuel 11:8. But Uriah refused, unwilling, while his comrades in arms were in the thick of battle. The king applied this pressure for days, and Uriah resisted it. The king even got Uriah drunk, hoping that would sufficiently empower Uriah to give in to the king’s will. Not a chance! Despite these measures, Uriah remained firm. Then . . . an idea.

“In the morning, David wrote a letter to the general at the front lines and sent it by the hand of Uriah” (2 Sam. 11:14). What Uriah did not know was this letter was his own death sentence. It read, “Set Uriah in the forefront of the hardest fighting, and then draw back from him, that he may be struck down, and die” (2 Sam. 11:15). This the general did, and Uriah died.

Remember, the definition of integrity offered at the top is that it is the modeling and managing of trust in a superlative fashion. Now herein are the considerations regarding integrity, deduced from the preceding story. First, a life of integrity serves as a great contrast to surrounding dynamics. It is amazing how integrity stands out in today’s world, and the world of yesteryear. It really is that rare! Thus, when a person lives out a life of integrity, it really is different. Uriah was the only one in the story that lived a life of integrity, even to the point of not opening the mail that carried his death sentence to the front lines. His wife, the king, and the general all fell short—the three most important individuals in his life, all of whom were dear friends and comrades in the grand idea which was the theocratic nation of Israel. Uriah’s existence is a bold color compared to the washed out colors of the others. Integrity brings that about.

Secondly, a person with integrity forgoes self-consideration. He or she is not selfish. Ironically, it was King David who once penned “He who walks blamelessly and does what is right . . . swears to his own hurt and does not change” (Psalm 15:1, 4). King David set these notions aside, at least for a season, but these notions cost Uriah his life. Can you imagine his journey back to the front lines? What was that all about? Why did the king seem so, well, strange? I wonder what is contained in this envelope? How easy it would have been for him to scramble to find answers. But then it would have been too much about him and his own need to know. Similarly, it would have been very enticing to return to his residence to spend an evening with his wife. Is that not what R & R from the battlefront is in part to provide? But his sense of duty was so great he refused to allow himself that opportunity. “The Ark and Israel dwell in booths, and my lord the general and the servants of my lord the king are camping in the open field. Shall I then go to my house, to eat and drink and to lie with my wife? As you live, O King, and as your soul lives, I will not do this thing” (2 Sam. 11:11). Integrity pays no heed to selfish ambition.

Thirdly, a life of integrity is typically a product of consistent self-control. A lifestyle defined by integrity typically does not happen overnight nor is it too easily preserved. It takes work; effort. And in today’s world, as in the world of King David and Uriah, developing integrity is difficult, for the pressure to settle for something less is so great. When one observes Uriah’s persistence before the also-persistent king, in the face of an opportunity to be with his own wife in the confines of his own palatial home, one has to believe that self-discipline gave way to a habit of heart and mind that allowed Uriah to stay the course and not stray. Small decisions in the quiet and unseen moments, made responsibly and affirming nobility, allow for integrity to rule the day in the big and observed moments of life. Self-control is a gift from God, and one to be nurtured by his might and power (see 2 Timothy 1:7).

Fourthly, the person having integrity always has the best interest of the community in mind. This is the flip side of selflessness (see the second item above). It is selflessness motivated by the well-being of others, and not merely by the satisfaction of altruism. Note how Uriah showed concern for the men still at the front lines. He had to go back and look them in the eye. The idea of luxuriating while they suffered was unfathomable to him, and, it should be said, an interesting polemic against King David’s own strange determination to remain at the palace during the time “when kings go out to battle” (2 Sam. 11:1). People with integrity are motivated by the welfare of others and the ripple effects of any action taken. This serves as a helpful catalyst for doing rightly, wisely. Furthermore, it demonstrates good stewardship of that most fragile of commodities—trust.

Fifthly, integrity ensures that a cause is noble. Because people with integrity always have the community’s best interests in mind, and forgo selfish considerations, there is an expectation that any cause achieve the greatest possible nobility. People with integrity ask, “What is the best thing that can happen?” They do not settle with what is merely expedient or comfortable. They have no patience for what avoids conflict and the easy road. Uriah could have so easily gone home to be with his wife. They would have no doubt been sexually engaged, and, from King David’s perspective, would have created the perfect scenario by which his sin with Uriah’s wife would have been concealed. But the cause which was the war, and the dignity of his fellow soldiers, and the reputation of the Most High God, was paramount in Uriah’s life. He sought to fan into flame a cause with nobility, and not hassle with a cause that settled for something less.

3 thoughts on “Integrity, No Matter the Cost”

Lots of folks in ministry calling it quits because the expectations people have of them have little to do with Jesus and discipleship, and everything to do with being a sociologically focused, culturally reactive, organizational CEO.

“The local church should be a mosaic that the world looks at and says, ‘So that’s what heaven looks like.’” @DerwinLGray

“When we get our hearts broken in ministry, that is not a dead-end, that is a threshold on the verge of something glorious.” - @rayortlund