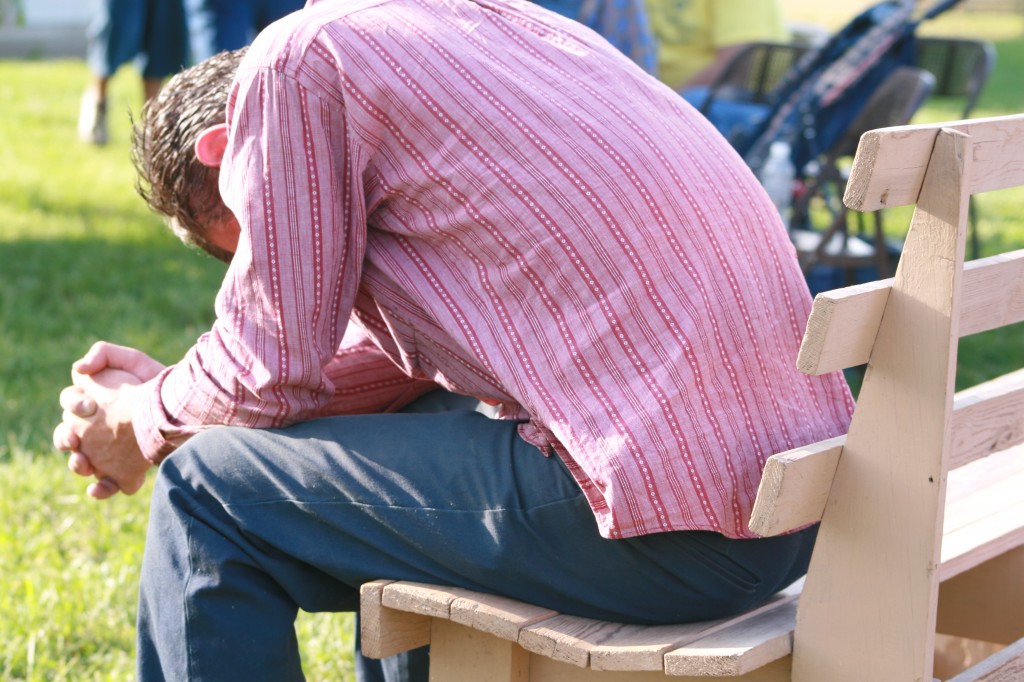 Daniel 2:1 and following tell of dreams that King Nebuchadnezzar had that kept him from sleep, leaving him troubled. Summoning his senior advisors (Daniel was not among those initially called), he solicits not only insight into the dreams’ meaning, but expects his advisors to tell him what the dreams actually were. They, of course, resisted this request, claiming in Daniel 2:11 that “no one can show it to the king except the gods, whose dwelling is not with flesh.” King Nebuchadnezzar was not pleased with such a response, and, consistent with the default brutality of his environment, threatened to destroy all of the wise men, “limb from limb, and your houses shall be laid in ruins” (Daniel 2:5).

When Daniel and his friends got word that they were under a sentence of death they immediately turned to God for “mercy” (Daniel 2:18). This was quite a contrast to the rest of the wise men of the land who evidently had no real confidence in the “gods” (Daniel 2:11). Some of the things one can learn from Daniel’s approach to this frightening matter are these:

First, there is power in a handful of people committing to pray. Daniel “told [his friends] to seek mercy from the God of heaven” (Daniel 2:18). In Matthew 18:20, Jesus tells us, “For where two or three are gathered in my name, there am I among them.”

Secondly, there is power in a simple plea. Daniel 2:18 makes it clear that they petitioned God for mercy. One does not get an impression that they babbled incessantly and randomly. It appears it was a simple plea for help: “God have mercy!” Too often I construct flowery prayers believing somehow this will be more impressive or convincing. Jesus tells us in Matthew 6:7 not to “heap up empty phrases as the Gentiles do.”

Thirdly, prayer has a maturing or sanctifying effect. That means it makes us grow up a bit. Notice that Daniel’s initial concern was “so that Daniel and his companions might not be destroyed with the rest of the wise men of Babylon” (Daniel 2:18). However, it appears that after the season of prayer Daniel’s emphasis changed. Daniel 2:24 finds Daniel exhorting the captain of the guard, Arioch, to “not destroy the wise men of Babylon.” Daniel moved from a “me” to “we” concern.

Fourthly, it is important to note the focus placed on praise. Verse 18 finds us watching Daniel and his friends pleading for God’s mercy. But Daniel 2:19 reveals that God willingly answered their prayers and gave them an answer to their dilemma. Immediately “Daniel blessed the God of heaven” (Daniel 2:19), and that tone remained evident throughout the lyrics found in verses 20-23, including those words, “I give thanks and praise,” in Daniel 2:23. Blessing the name of God in worship and praise is essential to a healthy relationship with God, and reveals a sensitivity to reality.

Lastly, we learn that prayer is more than adequate for extraordinary circumstances. King Nebuchadnezzar’s intention of killing off his royal advisors was clearly extraordinary, as were the dreams themselves and the ultimate interpretation of these dreams. But Daniel’s interaction with God proved utterly sufficient for the moment. And prayer is always more than sufficient for whatever moments we face.