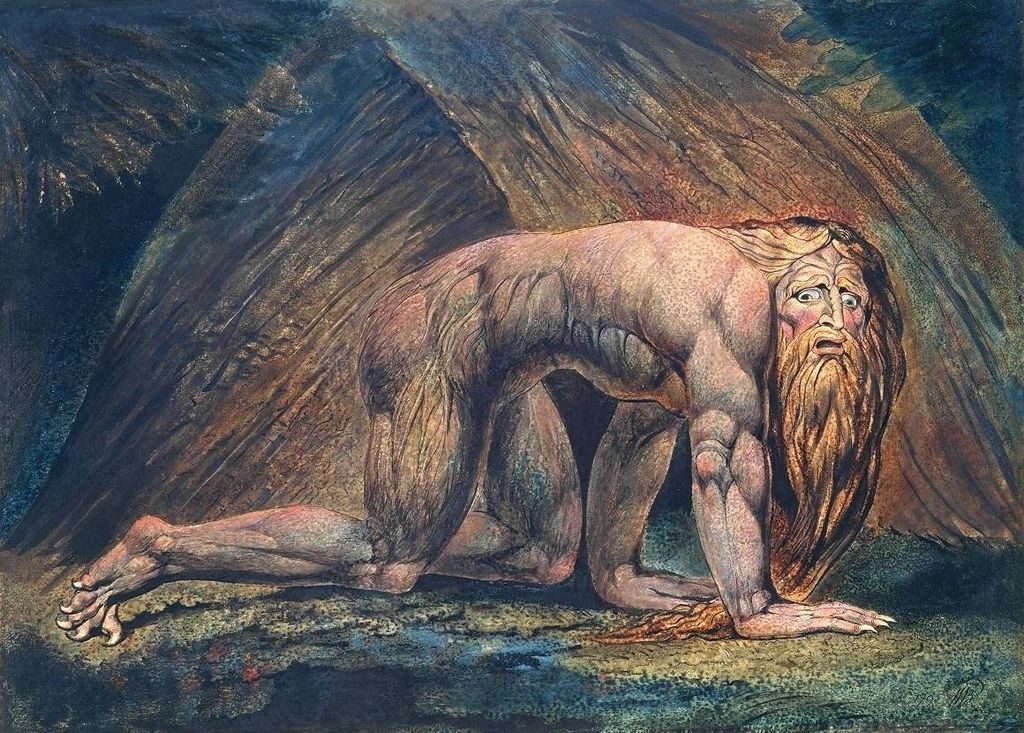 Clinton, Trump, and Things Disciples Must Do

The prophecy about and then descent into King Nebuchadnezzar’s mental chaos, as recorded in Daniel 4, provides timely insight into how disciples of Jesus Christ might approach the turbulent and uncomfortable election season in which we currently find ourselves. Consider the following:

Daniel 4 reveals a king consumed with a profound measure of pride. “Is this not great Babylon, which I have built by my mighty power as a royal residence and for the glory of my majesty?” declares King Nebuchadnezzar (Dan. 4:30). It is because of this self-absorption that the Most High God confronts King Nebuchadnezzar, three times affirming that “the Most High rules the kingdoms of men and gives it to whom he will” (Dan. 4:17, 25, 32). And then, to underscore this eternal truth, God strikes the king with a mental disorder known as boanthropy, wherein the king, at least for a season, behaves like a bull living in the fields (do not overlook the irony that King Nebuchadnezzar’s primary focus of worship was a pagan deity named Marduk, commonly depicted as a bull). After seven years lost in this mental fog, King Nebuchadnezzar finally got his wits about him and “lifted [his] eyes to heaven” (Dan. 4:34), at which time God returned him to power and blessed him beyond measure.

Even a simple reading of this striking chapter offers three applications relevant for us Christ-followers in today’s political chaos. These applications can be summed up best in three rhythmic words: rely, request and respect.

We must request of God in prayer that whomever is God’s choice as leader of our nation—whether it be Hillary Clinton or Donald Trump or someone else to be revealed—lift her or his eyes to Heaven. There is no reason we cannot pray that our next president would follow King Nebuchadnezzar’s lead and turn his or her eyes toward God. This is not a statement regarding the current spiritual status of either of the main candidates; rather, it is a statement of aspiration. Regardless of where each one stands today before God, may it be that as time unfolds each one would lift her or his eyes toward Heaven, humble herself or himself before God, and lean into God for the wisdom and strength to lead our land. As disciples of Jesus we ought to be the first ones to request this of God.

We must respect the one whom God chooses. Period. If we really rely on God’s Word, which tells us that the Most High is the one who establishes leaders and deposes them, then we must offer the utmost respect and honor to the one God raises up. King Nebuchadnezzar was one of the most brutal tyrants in human history. Daniel himself says of the king that whom “he would kill, he killed, and whom he would, he kept alive; whom he would, he raised up, and whom he would, he humbled” (Dan. 5:19). And yet, this tyrannical king received from Daniel genuine respect; so much so that when he heard of the prophetic dream that spoke to King Nebuchadnezzar’s downfall, Daniel’s natural response was to be dismayed and to desire that such a downfall be for King Nebuchadnezzar’s “enemies” (Dan. 4:19). If anyone had reason to despise a leader, it would be Daniel. Instead, he dignified him. Daniel respected the king.

And so must we respect our leaders. The vitriol and venom that is so common in our political season ought not be falling from the lips of Christ-followers. That is not to say we cannot honestly assess personalities and platforms and political parties. Even Daniel offered King Nebuchadnezzar a strong dose of reality (see Dan. 4:27), telling the king to “break off [his] sins by practicing righteousness.” But there is never a hint from Daniel of disrespect and there should not be from us. If respect and honor are to be prevalent in the midst of our tumultuous politics, let it begin with the house of God.

With the presidential election still six months away it is impossible to know if our new president will be Hillary Clinton or Donald Trump, or, as some hope, another candidate yet to be determined. But what I do know is that we must rely on the fact that God will raise up him or her whom he determines, according to his own divine prerogative. We must request of God that he or she be one whose eyes readily turn toward Heaven. And we must respect the one of God’s choosing, giving “respect to whom respect is owed, honor to whom honor is owed” (Romans 13:7).

10 thoughts on “Clinton, Trump, and Things Disciples Must Do”

Other churches in town are not your competition, they’re your family.

A church that meets all your needs is probably a church that's off-mission.