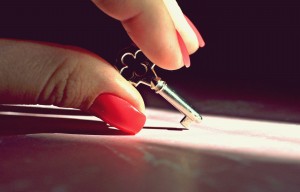 What is the worth and value of a woman? It seems our world is all over the map in answering this question. Millions are regularly kidnapped or sold into the sex trade, multitudes are aborted worldwide just for being female, even generally empowered women are seen as mere helpers to the men in their lives, and many who wish to be successful try to do so by downplaying womanhood altogether. Surely God intended something better for his daughters!

Captivating evidence that God did intend something better is found right in the middle of the well-worn pathway running through the Bible’s most ancient chapters. Absorb the dramatic words describing what happens following Adam’s creation and commissioning, as found in Genesis 2:18-23:

Then the LORD God said, “It is not good that the man should be alone; I will make him a helper fit for him.” Now out of the ground the LORD God had formed every beast of the field and every bird of the heavens and brought them to the man to see what he would call them. And whatever the man called every living creature, that was its name. The man gave names to all livestock and to the birds of the heavens and to every beast of the field. But for Adam there was not found a helper fit for him. So the LORD God caused a deep sleep to fall upon the man, and while he slept took one of his ribs and closed up its place with flesh. And the rib that the LORD God had taken from the man he made into a woman and brought her to the man. Then the man said,
“This at last is bone of my bones
and flesh of my flesh;
she shall be called Woman,
because she was taken out of Man.”

God sought a helper fit for Adam, and recognizing that the magnificent animal kingdom would not satisfy that need, God created the woman. From God’s vantage point the woman was to be the “helper fit” for the man. And embedded within those two words is a significant key to unlocking the true value and worth of every woman.

But it is a key whose teeth get ground down in the shiny but cheap knobs of cultural expectations and superficial thinking. So it is that too often the woman is a mere helper, the assistant to the man, the companion whose task is only domestic while the man’s is more dominant. Many a Christian woman settles into this understanding of things with an immeasurable amount of grace, but I cannot help but wonder if she occasionally looks in the mirror and asks herself if she were made for more than being a “mere  helper.” And we cannot overlook for a moment the (typically unintended) ramifications of this line of thinking well beyond Western Christianity. The dirty little secret is that throughout the Global Majority, women and girls are treated horribly, mere chattel in a man’s world. (If you wonder about this simply consider this one excerpt from the eye-opening book Half the Sky).

Were we to place the key into the knob for which it was designed, we find a much more empowering and compelling understanding of womanhood. The ancient Hebrew language behind the word “helper,” ezer, deserves to be amplified to its fullest extent rather than muted by cultural or societal expectations. For instance, while the English language’s conveyance of ezer feels very domestic, in the Hebrew language this word is always used within a military context. Indeed, it appears 21 times in the Old Testament. Three times it relates to nations that Israel seeks for military aid (Isaiah 30:5; Ezekiel 12:14; Daniel 11:34). Two times it references the woman God brings to Adam (Gen. 2:18, 20). Sixteen times it refers to God as Israel’s defender (Exodus 18:4; Deuteronomy 33:7, 26, 29; Psalms 20:2; 33:20; 70:5; 89:19; 115:9, 10, 11; 121:1-2; 124:8; 146:5; and Hosea 13:9). Aside from the reference to the nations, the only time ezer is used of persons—period—is of God and the woman.

To the extent that “helping” is happening, it is in the context of a military alliance, wherein either nations or God are giving aid to one in need, particularly God’s people Israel. The aid is not subservience (after all, God is not subordinate to anyone!). Rather, it is a warrior’s kind of aid, meant to shore up Israel’s weaknesses, to empower Israel to survive. Strength and supply and partnership and leadership are features of this warrior’s code. Add to this the Hebrew word kenedgo (from which we get “fit” in “helper fit” or “helper corresponding to”) and we come up with a more robust appreciation of the whole passage. The woman is not merely the helper who is suitable for the man. She is a warrior-partner with the man. Consider this quote from scholar Carolyn Custis James, from her book Half the Church:

“Putting the facts together, isn’t it obvious that the ezer is a warrior? And don’t we already know this in our bones? God created his daughters to be ezer-warriors with our brothers. He deploys the ezer to break the man’s aloneness by soldiering with him wholeheartedly and at full strength in God’s gracious kingdom. The man needs everything she brings to their global mission.”

Every girl and every woman has every reason to declare, “I am . . . a warrior.” And that is a magnificent declaration for our age.

“Write This Down” is a summary of select teaching moments offered by Pastor Matthew. The preceding summary is from the message “Warriors,” the first message from a brief series entitled “Warrior: A Study of Biblical Womanhood,” presented on the weekend of August 4, 2013, at Bethel Church.