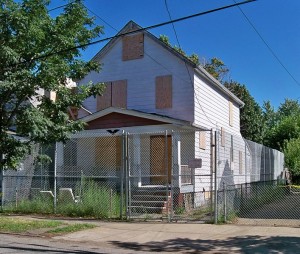 This is a post I wish I had written yet I have simply not had the time. I knew, however, that at some point, some valuable voice would make its way to print. I am thankful.

Ariel Castro and his house of horrors redefines for us the concept of the nightmare, but long before three innocent women were enslaved to this man’s sick whims, the nightmare had already been raging within Castro’s mind and heart. Soak in the observations offered below by James D. Conley:

Few of us can imagine or understand the depravity of Ariel Castro’s heart. Castro is the Cleveland man who recently was arrested for kidnapping, raping, and imprisoning three women for over a decade. He impregnated the women he held captive and beat one of them until she miscarried. Ariel Castro is obviously sick, obviously broken, obviously enslaved by the forces of chaos and evil in a way that few of us have ever witnessed.

Pastors everywhere have heard those words before. Probably many times. Pornographic addiction is powerful, destructive, and all too typical. Ariel Castro’s addiction is no excuse for his actions, but it points to a deep and sobering reality: Free, anonymous, and ubiquitous access to pornography is quietly transforming American men and American culture.

[Read the rest of the article here at First Things]