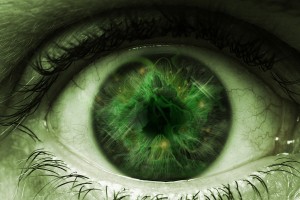 Doing away with Hell is in vogue today. Our increasingly fuzzy evangelicalism is determined to not just water it down, but make it go away. After all, we say, God is a loving God and would never be so cruel as to punish people for eternity. For him to do so would be morbid, heinous, and on par with all that is wicked. Indeed, there would be something sadistic about a deity who would do that. And so, we want to believe God simply won’t. But this is an abhorrent violation of the story of God as revealed in the Bible. The reality of Hell is found throughout the Scriptures, and to do away with it is to do away with biblical authority. The reality is that ever sense Adam raised his fist toward God, as recorded in Genesis 3:1 and following, every human being is on a trajectory toward Hell.

At least four lies about Hell abound. One of them tell us that God sends people to Hell. But the reality is that we send ourselves to Hell. It is our rebellion against the Holy God that merits for us eternal damnation. In America, where we are such excellent victims, it is seemingly required that we place the blame of our rebellion and damnation upon God. But as 2 Peter 3:9 makes clear, God desires something radically different for us.

Another lie is that if there’s a Hell then God must be unloving. But we need not look to Hell to gauge the love of God. We need to look to Calvary at which place the Son of the Living God, Jesus Christ, was sacrificed so that sinners might have redemption. Romans 5:8 is clear! God demonstrates his love for us through the death of his only-begotton son.

Yet another lie about Hell is that everyone in Hell is an equal. The idea is that Adolf Hitler and your non-believing grandmother are on the same damnable plane. Certainly Satan wants you to believe this. He wants you to question God’s sense of justice, wants you to believe that God is arbitrary and subjective. But just as we see with Jesus’ condemnation of the rebellious cities of old (see Luke 10:13 and following), there will be degrees of some kind in Hell, wherein judgment is proportional to the unique nature of the individual.

And perhaps the most popular lie about Hell today is the idea that those not believing in Jesus will be annihilated. They simply won’t exist anymore. Such thinking is the new boutique believism of evangelicals. And yet passages like Matthew 25:46 do not allow us this option at all. In Matthew 25:46 we see Jesus setting in apposition one to the other the realities of Life and Punishment. They are set togther, in tandem; the grammar suggesting that to have one the other must absolutely exist, the word “eternal” tying them together as two dimensions that coexist. They are equal in reality, though markedly different in substance. Yet we would never suggest that “life” doesn’t exist for eternity. For us “life” is comfortable; acceptable. It’s the inconvenience of “punishment” that motivates us to wish it away. But intellectual (and grammatical) honesty will not allow us to do so.

Doing away with Hell is in vogue today. It’s all the rage. But in the end we must remember that to do away with Hell is to reduce God to a cosmic wuss whose holiness is meaningless and whose sense of justice is terribly skewed. [Tweet “Let us not ever forget that the scope of Hell is proportional to the magnitude of God.”] We wonder why it is that finite beings should be held accountable for our rebellion. But being held accountable is not because we are finite, but because the Most High God is infinite. He is holy and just and pure and righteous and wise. And so much more. The reality of Hell is proportional to the magnitude of his character. And that alone ought to give us pause.