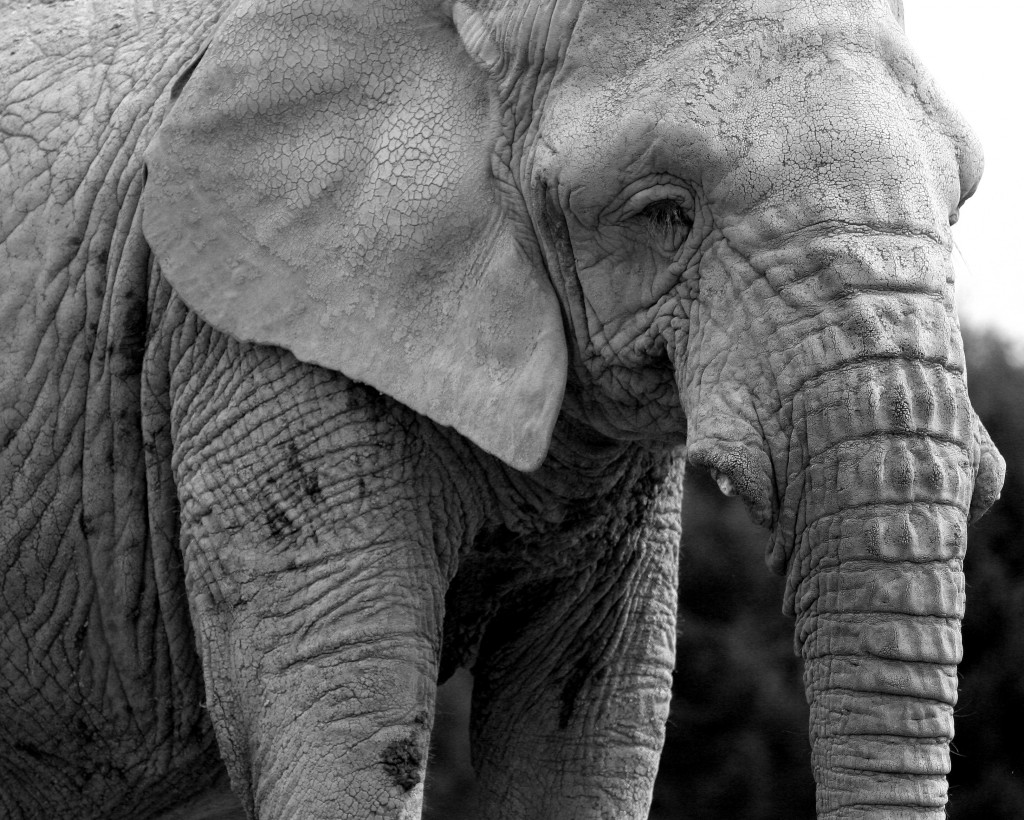 William Bennet reminds us that years ago in the Kruger National Park in South Africa there were so many African elephants that researchers had to thin them out. They did this by killing some of them, but they also took a number of the younger males and transfered them to another game range, the Pilanesberg National Park.

Years went by, and then a crisis unfolded within the Pilanesberg National Park in which researchers there kept finding slaughtered white rhinos. At first the researchers determined poachers were coming into the park and killing the stately animals. But then, with the aid of video technology, the researchers discovered much to their surprise that it was the young male African elephants that were killing the white rhinos. The elephants had essentially “developed into a band of marauding teenagers, led by ‘gang leaders'” (Bennet, The Broken Hearth, 92). They were running the rhinos down and then gathering around the tired animals and gorging them to death with their massive tusks.

The researchers searched high and low for an answer to resolve this crisis, and finally landed on the idea of intergrating into the young elephant herd some mature African elephant bulls. This was done, and within weeks the younger elephants moved from being a threat to the environment of the national park to being just what African elephants normally were—gentle giants that generally got along with all of the animals. The presence of the mature bulls brought order to the herd, which then brought peace to the overall environment. “Since the experiment began, there have been no reports of killed rhinos” (Broken Hearth, 93).

Which brings us to our point. We live in a world filled with no end of threats and insecurities, where we all spend too much time running hard only to collapse, worn out, afraid, and broken. It is time that the mature bulls rise up to bring order to the clamoring herd. It is time men stood tall and behaved as . . . well . . . men.

Though there are many good men, there are not enough. Too often men behave as boys in grown-men’s bodies, and our society is paying the price for this. For instance, males between 18 and 34 spend more time playing video games than do males 17 and younger. For every two men who graduate with a bachelor of art degree this year, three women will do so. It has become quite acceptable to promote the idea that fathers are generally optional; they are good to have if one can, but they are not necessary. Indeed, the male species is characterized in our culture by one of two extremes: either men are the stupid beer-guzzling, sex-starved lightweights portrayed in the beer commercials and on sit-coms and in chick-flicks, or they are like William Wallace or General Maximus or Jason Bourne. In between these, in the zone of common reality, men appear essentially non-existent, and when they do stand out, they are ridiculed and mocked as quaint reflections of a bygone era. Sadly, guys who are vacant behind the eyes are more acceptable in today’s world.

Isaiah 32:5-7 amplifies this. In Isaiah’s day men had generally bought the lie that they could live like marauding teenagers regardless of the cost. Hungry for something better, Isaiah anticipated the day when God could make all things new and men would be noble and great. Anticipating that day, Isaiah writes, “The fool will no more be called noble, nor the scoundrel said to be honorable” (Isa. 32:5). Evidently in his day, as in ours, fools were seen as those who had something to offer, which is what is inferred by the word “noble.” Fools were considered as those who had honor. Yet on both counts this was a lie, and the masses were really left wanting. Consider why:

For the fool speaks folly,
and his heart is busy with iniquity,
to practice ungodliness,
to utter error concerning the LORD,
to leave the craving of the hungry unsatisfied,
and to deprive the thirsty of drink.
As for the scoundrel—his devices are evil;
he plans wicked schemes
to ruin the poor with lying words,
even when the plea of the needy is right.
(Isaiah 32:6-7 ESV)

Note that the foolish man’s “heart is busy with iniquity.” It is his nature within to be a fool; it is not a mere surface trait. And the word for “iniquity” is more adequately translated “emptiness,” and shares its root word with the Hebrew concept of idolatry. In effect, the fool worships emptiness, glorifying nothingness as the supreme value in life. One cannot help but think of the renowned television program “Seinfeld,” a show “about nothing.”

Note, too, the willingness to “utter error concerning the LORD.” The fool’s take on life is in stark contrast to God’s unique design for a man. In Genesis 1:26, the first chapter in the Bible, within the earliest context of the human experience, God created man to be a leader who would positively influence his environment. And according to the Apostle Paul men were to follow Jesus’ example and love those around them “as Christ loved the church and gave himself up for her” (Ephesians 5:25). In God’s economy real men have something to offer, but fools are pretenders, clearly denying God’s purposes and committed to “leave the craving of the hungry soul unsatisfied” (“soul” is embedded within the Hebrew text, pointing to the depth of the need). The fool is evil, and quite intentional in his effort “to ruin” what is around him for selfish gain (“to ruin” is presented grammatically in such a way as to suggest intensity or intentionality). Those who long for justice are left empty and wanting by the foolish man.

The foolish man is applauded today in our culture. He is celebrated; held up as the preferred model. Men in general buy this expectation. As a result boys living in grown-up bodies are recognized as today’s standard, and this dynamic is swamping everything. Our leaders lack vision. Our role models are brats. Our fathers are on the run. Our sons lack direction. Our women and girls pay the price. Our society is a wreck.

It’s time for the mature bulls to show up on the scene. It’s time for kings and princes (cp. Isaiah 32:1) to arrive.

“Write This Down…” provides a restatement of selected points or observations from various teaching venues at which Pastor Matthew speaks. The preceding material is from Pastor Matthew’s message entitled, “For Want of a Man,” part of the sermon series “Manhood: Men of Nobilty,” presented on the weekend of February 26, 2012, at Bethel Church.