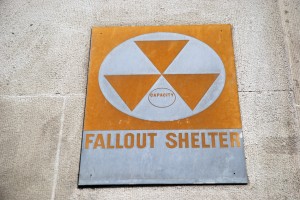 (I posted this about a year ago, but as I thought about much of what is going on in our world today I decided a reprise made sense, keeping in mind, of course, the dated but still ongoing realities stemming from the 2011 Japanese earthquake, Libya, etc. –Matthew)

I am quite anxious about sounding cliché in putting this post forward, but the reality is I’m not sure how one can look at the events in recent days and not reflect with some measure of pause upon Jesus’ words in places like Luke 21:10 and following. Consider what he says:

Nation will rise against nation, and kingdom against kingdom. There will be great earthquakes, and in various places famines and pestilences. And there will be terrors and great signs from heaven.

Japan’s 9.0 magnitude earthquake, the related tsunami, the nuclear crises that is now engulfing the earthquake- and tsunami-ravaged area—these ought to get our attention. Throw into this mix the global financial crisis, sky-rocketing oil prices, the brazen efforts of Iran to destabilize Israel and other nations in its region through assymetrical warfare, and the chaos in countries like Libya about which the Bible prophetically speaks, and at some point one has to admit that the very things of which Jesus spoke approximately 2,000 years ago look a whole lot like what is unfolding today. Skeptics might choose to claim that there have been wars and rumors of wars for millennia, and none of this is new. My response to that would be, “Okay, that may be fair, but Jesus does say in the same passage that tells of wars and rumors of wars (cp. Matthew 24:6) that we must all ‘be ready, for the Son of Man is coming at an hour you do not expect'” (Matthew 24:44).

The question, then, is are you ready? And what of those around you? Christians are often notoriously criticized for having an escaptist attitude when it comes to difficult days. Let me be clear: I believe the Scriptures teach with clarity the reality of the rapture of the church prior to the seven years of tribulation that is to come in the future. But I repudiate the idea that we Christians can just check out “because we’re outta here anyway so why does it matter?”. When in Mark 10:45 Jesus is saying something to his followers about the nature of real leadership he offers these provoking words: For even the Son of Man came not to be served but to serve, and to give his life as a ransom for many. Any attitude among believers that falls short of that kind of engagement with the world around us is, frankly, from the pit of hell.

Facts are these: the time is short and the needs are great, and there are a host of men, women and children who desperately need the person of Jesus to replace their shame with honor, their fears with comfort, and their guilt with the righteousness of his Father. In a world where all the signs are suggesting that God is on the move in a very big way, we must ask ourselves if we too are on the move, telling the story of redemption with clarity, kindness and courage.