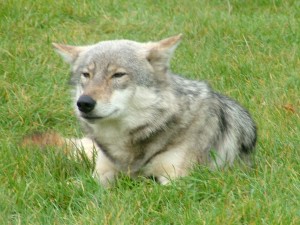 Awkward. That is the word of the week when it comes to the great reality that Harold Camping’s prediction about the May 21 evacuation was dead on arrival. One can’t help but worry for the hordes of people duped by Camping’s “guarantee” that the rapture would come. And now he’s determined to get it right, declaring that he was off a bit, and that October 21 is the preferred date. That anyone would even give the man the time of day is amazing. Of course, I suppose by commenting on him I’m giving him the time of day. Oh well.

And now, in some Rob Bellesque manner, Camping is communicating that love wins; at least, “love” according to Camping. He says that the reason the disasters and rapture did not come as he had thought was because “we can see that there is no eternity in hell as God is a loving and compassionate and merciful God, so if we have no eternal hell doctrine then we should also expect . . . no hell on earth for five months . . . because it’s not in God’s holy and perfect [nature] to have any long-term suffering for anyone.”

What? Talk about running far from the biblical text. But then that has been the norm thus far, particularly on the issue of the rapture. After all it was Jesus himself who made it clear that not even the angels nor the Son “but the Father only” know the day and time of the Lord’s return (cp. Matthew 24:36). Harold Camping continuously refused to accept this dose of reality.

Camping’s arguments regarding hell, so well articulated by Rob Bell and others, suggests that real love is a golden pass from any damnation and condemnation—a loving God would not allow for a literal hell. But for the life of me I do not understand why it is that the existence or supposed non-existence of hell has become the yardstick by which we gauge the love of God. After all, the real stick by which we gauge the love of God is the wooden stake with a wooden crossbeam from which hung the Father’s Only-Begotten Son, Jesus Christ. And the work of Christ on the cross is the transaction by which one has the privilege of something other than hell. Believing upon the person of Jesus Christ is the way toward accessing the passage unto salvation, shamelessness, power, reconciliation with the Father, and the declaration of righteousness that was purchased for the sinner by the blood Christ on the cross.

Regarding Harold Camping: he is one of the “fierce wolves” that has “come in among [us], not sparing the flock” of God (see Acts 20:29), drawing disciples toward himself and away from the Father in Heaven. Woe to him. Such supposed prophets are not at all looked upon with kindness by the Maker of Heaven and Earth. Deuteronomy 18:20, among many other places, makes that abundantly clear.