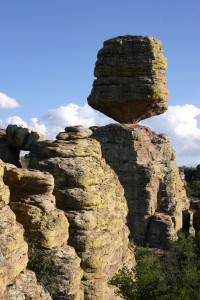 While it is true that the world gives us a terrible message regarding sex and sexuality, it is equally true that from within the religious establishment, and, by extension, from within many of our families, we also have a distorted message. The world tells us that we are sophisticated animals with no moral code who can do whatever it is we want with no regard for the ramifications. But a lot of today’s religious establishment conditions us with what I call the “No Template,” and this can be just as insidious.

The “No Template” follows a script similar to the following:

Dirty . . . Don’t . . . Don’t . . . Don’t. And this is the narrative that dominates the lives of so many of us who have grown up desperately hoping for something different from the world’s broken record of sexual enlightenment. Much of the “don’t” dynamic is to save face, to protect image, and to maintain a sense of (self-) righteousness in the face of a watching community. But the ramifications of this are huge: families spending generations ignoring the realities of sex and sexuality, sometimes even ignoring or hiding dysfunctional patterns of behavior that leave scars through those generations; kids becoming adults who have never really had any serious and safe conversation about sex and sexuality with trusted figures who can give them meaningful and visionary information; men and women filled with insecurity and fear because of the void which was little or no positive input regarding sex and sexuality; and too many desperately soaking in the world’s horrid narrative because they simply cannot find anyone else to weigh in.

But we can attain something far better than this option. Song of Solomon 5:1 gives us a hint of this. In a book that portrays the voices of three individuals—a husband, a wife, and then an observer or perhaps even a chorus (somewhat akin to the chorus in the ancient Greek comedies), we find an intense erotic conversation between the husband and wife occasionally interrupted by the observer. At the end of verse 1 the observer, understanding the increasing passion of the couple, demands that they eat and drink, and “be drunk with love.” The passion and the tone remind the reader of the incredible freedom that is found in shameless, God-honoring sex; the very same dynamic found at the beginning of creation as revealed in Genesis 2:24-25, and then affirmed by Jesus in Matthew 19:4-6. This kind of freedom and shamelessness ought to captivate and define not only the church in general, but our families, our communities, and our culture as a whole.

But when reading Genesis 2:24-25 carefully one sees the tandem pattern of vision and values, and these offer us a clue as to how to move past the dilemma of warped perspective. Verse 24 highlights the vision component, wherein God says that a man and a woman will leave their respective families and come together as one by means of sexual intercourse. That is the general picture of the preferred future for every man and every woman. Specifically, one might cast the vision this way: Sex provides a lifetime adventure symbolizing the unique, multi-layered richness of the union between one man and one woman in a covenant relationship. This message needs to be reinforced over and over and over again in our families, among our friends, and in the broader realm that we influence. It is our responsibility, our calling, and our mandate. Proverbs 22:6 tell us to train up our children. This includes casting a clear and compelling vision for them for sex and sexuality—something far different that whatever the world would tell them.

Genesis 2:25 offers some fresh perspective on values that we must embed within the realms in which we live. The passage tell us that the man and the woman were naked and without shame. Their sense of total freedom and safety even with all their vulnerability speaks volumes about the security which was the Garden of Eden but also the covenant relationship that God had crafted for them. With this in mind the following values merit further consideration:

1. Sex is a magnificent gift from God.

2. Sex is perhaps the greatest act of worship to be found among mankind—worship of self or the God who crafted the privilge.

3. Sex is not intended or designed to totally complete us—God will have no rival.

4. Sex is designed to whet our appetites for things far more transcendent than what the world—even at its best—offers.

5. We must, therefore, own the message about sex and sexuality. Most of our families are entering into this way too late. We need to start talking about God’s vision and values relating to sex and sexuality much earlier, not bashful, not blushing, but bold and gentle and clear.

6. Moreover, we must transition from the “Nos” and “Nevers” to “Stewardship” and “Settling for Nothing Less Than God’s Best.” The incredible conditioning brought on by the “No Template” leaves too many of us fearful and stuck and ashamed. We are ruled by rules and repress sexual realities in our lives out of fear and worry. To tell a woman “No, don’t do that!” might work, but it is profoundly short-sighted. How much better would it be to say to her “You can do better because you are valuable.” The former exhortation is lifeless and legalistic. The latter exhortation empowers vision and hope. The former smothers dignity. The latter inflames it. Even the ancient sages of Proverbs understood the value in bringing this kind of balance. Thus Proverbs 5:8 would tell us to stay clear of the wayward woman, but Proverbs 5: 18-19 exhort us to enjoy the breasts of the wife of our youth.

7. We must also affirm and celebrate the unique gender differences that separate males from females. Our world seeks to blur these lines; is almost insistent on eradicating these lines. But boys need to see the value of becoming real men, while women need to see the inherent beauty of becoming real women. I don’t mean repressed women who have no empowerment, but free women who are not ashamed that they are women. And I don’t mean harsh men who are out of touch physical machines, but tender warriors who lead with joy and emotional maturity.

8. GRACE. GRACE. GRACE. We must establish the tone in our homes and in our churches and in our communities that when the piece of china that we are falls and cracks and breaks, by God’s mercy and grace we shall be put back together and displayed once more as ones who are salvaged. That is the power and beauty of the cross of Christ Jesus working itself out in our lives. And that is the environment we must create for those in our realms, and the generations that will follow us.

“Write This Down…” provides a restatement of selected points or observations from various teaching venues at which Pastor Matthew speaks. The preceding material is from Pastor Matthew’s sermon entitled, “Balance in a Broken World,” part of the sermon series entitled, “Crazy Sex: Embracing God’s Best in a World Gone Crazy,” and presented on the weekend of May 15, 2011, at Bethel Church.