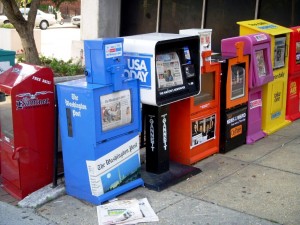 Benghazi, the IRS, the Associated Press, and so much more! This flood of scandalous news draws my attention backward to a post I put forward in 2010. That post was specific to the mid-term elections, but there are some points of biblical wisdom that are timely right now. Perhaps you will agree:

Sitting here watching the constant barrage of news reports about this political season draws my attention to a moment that is the utter antithesis of too many of today’s politicians, particularly those who despite losing primaries are feverishly working to keep their positions through write-in campaigns, flirtation with other political parties, etc. The moment in question: a conversation centuries ago between Jesus and his disciples; a conversation about the nature of true leadership. Here it is:

And Jesus called them to him and said to them, “You know that those who are considered rulers of the Gentiles lord it over them, and their great ones exercise authority over them. But it shall not be so among you. But whoever would be great among you must be your servant, and whoever would be first among you must be slave of all. For even the Son of Man came not to be served but to serve, and to give his life as a ransom for many.” (Mark 10:42-45)

Lording over others. Exercising authority. It seems like a drug among too many people in positions of leadership. But you don’t have to be a political icon to be marked by this drug. It is this way in the business world. It is this way in schools. It is this way even in the church, ironically, where it ought to be least likely.

The great Jim Collins talks about the power of a Level 5 Leader, someone who “builds enduring greatness through a paradoxical blend of personal humility and professional will.” Collins, of course, has made the sound case that organizations led by Level 5 Leaders prove to be the best, most successful organizations in the world. It is strangely a reflection of the life of Jesus, who, without a doubt has proven the single most influential figure in human history. How amazing it would be if those in leadership roles would turn to the most influential figure ever; would pursue being a Level 5 Leader. Were they to do so then perhaps more and more of them would let go of this felt passion to make the world all about themselves, and service and sacrifice would come to define their surroundings, transforming the world in which they live; the realms they seek to influence.

We need them badly. Very badly.