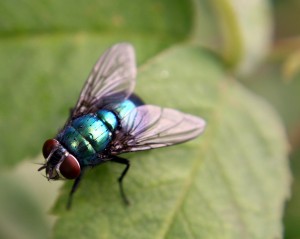 The writer Mark records the situation as follows:

And the scribes who came down from Jerusalem were saying, “He is possessed by Beelzebul,” and “by the prince of demons he casts out the demons.” And he called them to him and said to them in parables, “How can Satan cast out Satan? If a kingdom is divided against itself, that kingdom cannot stand. And if a house is divided against itself, that house will not be able to stand. And if Satan has risen up against himself and is divided, he cannot stand, but is coming to an end. But no one can enter a strong man’s house and plunder his goods, unless he first binds the strong man. Then indeed he may plunder his house.

“Truly, I say to you, all sins will be forgiven the children of man, and whatever blasphemies they utter, but whoever blasphemes against the Holy Spirit never has forgiveness, but is guilty of an eternal sin”—for they were saying, “He has an unclean spirit.” (Mark 3:22-30 ESV)

And thus we have one of the more challenging passages in the entire gospel record of the New Testament; a passage that has provoked much anxiety for many of broken person. What does it mean when it says that blasphemy leads to never having forgiveness? And what is the issue relating to the binding of “a strong man”?

In reality the passage is quite simple. The Great Sanhedrin, which was the Jewish ruling body in Jerusalem, having heard much about Jesus, sent a delegation of their top clerics to Galilee to confront him. They watched him for awhile, processing all that he was doing, and their conclusion was that Jesus was no more than another sorcerer (“Beelzebul” was a Semetic name commonly thought of as “lord of the flies” or “lord of demons”); one of many dotting the landscape of the Roman Empire. Yes, he did in fact do miraculous things, but it was by demonic power that such things happened. This was a convenient story for the Jewish leaders, for it empowered them to urge the Jewish masses to stay with them and not follow Jesus.

The problem, however, was that it was demonic power that Jesus was confronting, so the clerics’ logic that Jesus was himself demonic did not stand up to reason. “If a kingdom is divided against itself, that kingdom cannot stand,” Jesus offered in response to his critics. If such a civil war were really taking place within Satan’s own kingdom, in other words, if Satan had somehow turned on himself, then why was there so much victory over and against evil? Why was it that through Jesus’ influence precious lives were being changed for the better every single day? The clerics’ logic simply was invalid.

Indeed, the only other alternative was that Jesus was not demonic but, in fact, greater than Satan and his emissaries. “But no one can enter a strong man’s house and plunder his goods, unless he first binds the strong man.” Satan is that “strong man,” and Jesus approaches and “binds” him, ultimately ransacking the Evil One’s kingdom. War is underway, and Jesus is winning the battles.

This, of course, brings to mind an important promise from Isaiah 49:24-26, wherein the Living God, anticipating Jesus’ ministry, declares:

Can the prey be taken from the mighty,
or the captives of a tyrant be rescued?
For thus says the LORD:
“Even the captives of the mighty shall be taken,
and the prey of the tyrant be rescued,
for I will contend with those who contend with you,
and I will save your children.
I will make your oppressors eat their own flesh,
and they shall be drunk with their own blood as with wine.
Then all flesh shall know
that I am the LORD your Savior,
and your Redeemer, the Mighty One of Jacob.”

Jesus is putting the world on notice that he is the victor over evil. He is the Lord and Savior, the Redeemer, the Mighty One of Jacob. Rather than chastise him, the clerics from Jerusalem ought to be reflecting on the prophecies of old and acknowledging that Jesus is God’s provision by which the ancient promises are to be fulfilled.

Which gives way to Jesus’ difficult statement about blasphemy. Those of us reducing any disgraceful word toward God to ultimate blasphemy will struggle to find hope in phrases like “never has forgiveness” and “guilty of an eternal sin.” But we must remember three things. First, the Holy Spirit’s job is to put a spotlight on the dignity and purpose of Jesus as the Savior and Lord of Life. Any dismissal of the Holy Spirit’s testimony regarding Jesus is to ultimately, therefore, deny Jesus’ redeeming work, and to deny Jesus’s work is to settle for eternal damnation. Secondly, the clerics had already made up their minds about Jesus. They did not believe him, and only saw him as a diabolical deceiver. Refusing to give any consideration to the reality of Jesus as God’s provision for salvation left only one option for the clerics’ lives and destinies: eternal damnation. This is especially poignant considering they of all people should have known better. Lastly, if anyone has even the faintest anxiety about whether he or she is in trouble regarding his or her destiny, then this damnable offense is not an issue. That one is tender to the concern means one has not somehow committed the so-called unpardonable sin, for his or her heart is not so far gone as to have no hope for redemption. Indeed, for that person Jesus’ prefacing words are important to absorb: “Truly, I say to you, all sins will be forgiven the children of man, and whatever blasphemies they utter. . . .” Coupling this with the invitation to new life embedded in Romans 10:13, which says, “For everyone who calls on the name of the Lord will be saved,” sets up an tremendous opportunity for anyone—including you—to have the assurance that in Christ Jesus you are forgiven, made new, and secure.

“Write This Down” is a summary of select teaching moments offered by Pastor Matthew. The preceding summary is from the message “Blasphemy Against the Holy Spirit”, the seventeenth message from the series entitled “Jesus, God’s Beloved Son,” a study through the Gospel of Mark, presented on the weekend of May 12, 2013, at Bethel Church.