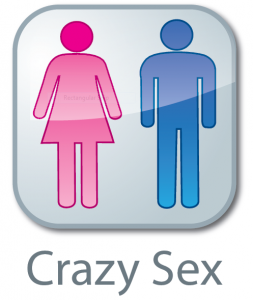 As awkward as it may sound, sex and sexuality are foundational for community, and vice versa. Not, of course, that the world gets to peer into the bedroom (though anymore it seems it could!). The idea is that sex and sexuality is not something found in isolation from the rest of the world. And the world cannot be isolated from sex and sexuality. Consider the manner in which Jesus sets this understanding up in Matthew 19:4-6:

Jesus said, “Have you not read that he who created them from the beginning made them male and female, and said, ‘Therefore a man shall leave his father and his mother and hold fast to his wife, and the two shall become one flesh’? So they are no longer two but one flesh. What therefore God has joined together, let not man separate.”

There are a handful of helpful observations to be made. One is a contextual notation that Jesus is spelling out these reflections in the midst of a crowd, even with the religious establishment looking onward (see Matt. 19:1-3). Another obsevation is that Jesus is amplifying realities found in the very beginning of time as we know it to be, straight out of the Creation Account of Genesis 2. Indeed, he essentially quotes Genesis 2:24 and then offers a slight but important piece of insight to it. And emedded within the Genesis 2 restatement as offered by Jesus is the prominence of sex. It is right in the very center of Jesus words; he repeats it twice (“shall become one flesh . . . . no longer two but one flesh”). The “one flesh” reference relates to sex. And yet another observation is that the clear bias for the Scriptures is one male and one female together in a covenant relationship. Other sexual equations, contrary to societal preferences, are distortions from God’s design and creative order, and are never approved of in the Scriptures.

Community Players. Interestingly enough, there are a handful of people that surround the “become one flesh” reality. Jesus spells them out. One is, of course, “the man” (see Matt. 19:5), followed by “his father and his mother.” Next one finds “his wife” and presumably we could add her mother and father. Verse 6 gives us “God” who “has joined” the man and wife “together.” This is followed up with a reference to the public, “man,” who may or may not “separate” the union of the man and his wife. It’s doubtful that any of us have ever really considered the community dynamic of sex and sexuality. But a community empowers sex and sexuality to the greatest possible heights. Conversely, it can devalue it to the most horrid lows. Ideally, in community, one finds accountability, the establishment of standards, sanctioning, encouragement, discernment regarding threats (thus, verse 6 and the “man” who might “separate” the union). People are involved in the idea of sex and sexuality—an idea in which some actively engage, for right or wrong. Community is huge to the concept of sex. Sex is an incredible force for the benefit or destruction of community.

Covenant Pattern. Within the framework of Jesus’ words in Matthew 19 a special pattern plays out—a covenant pattern. I am defining covenant as “a binding relationship structure, usually put togther by a sovereign.” In a previous post I did on this sermon series I spoke about “covenant relationship” but did not actually mention the word “marriage.” Understandably, some questioned this. “Why did you not talk about marriage?” It is a tragic reality that in our day and age the mention of covenant in the context of which we speak does not evoke the notion of marriage. But that speaks volumes about how we view marriage today. Marriage is devalued and diminished in our society. A binding relationship structure is the last thing people think about when they consider marriage today.

But that is precisely the kind of thing God has in mind when one man and one woman come together to become one flesh. Note the pattern: man leaves his parents; the woman leaves her parents, and the man and woman join together to become one flesh by means of a sexual encounter, particularly intercourse. God sanctions and orchestrates the whole matter (thus, Jesus’ words in Matthew 19:6 about what “God has joined together”), and some beyond the scope of the couple either approve or disapprove. It is evident that the community is engaged, people are witnessing the relationship unfold and are seeking to build it up or tear it down, the couple move toward one another in a structured manner, and God, as the Sovereign covenant-maker, orchestrates the whole endeavor.

Of particular value is the fact that there is not the presence of a certificate, a ceremony or even the quintessential preacher winking at the end of a wedding service. What ratifies the covenant between the one man and one woman is that they become one flesh—they have sex. Now some might say then why does marriage itself matter; can’t we just live together? That falls short of the covenant ideal because it is not something God is orchestrating in a binding way, and the community questions the legitimacy of it. Moreover, the fact that sex is the ratifying feature of the covenant relationship has great implications for many of us today who have experienced some type of sexual activity either in an extra-marital sense or a pre-marital sense. In other words, if sex is the ratifying feature of the marriage, then what of the sexual moments we have had with others beyond the scope of the covenantal relationship? What does that say about us, about the community, and, significantly, about marriage?

Covenant Partners. Peering past the structural details of the relationship we come to the partners themselves, and in a covenant marriage there are always three partners, whether understood or not. Jesus makes this evident when he talks about the man and his wife and God who designed the relationship. All three are integral to the success of the covenant.

For arguments sake, let’s pay specific attention to one of the individuals making up the human pair. Just pick which ever one you wish. Now, let’s recognize that this individual has two options in his or her life. One option is to affirm the covenant. The other option is to deny the covenant. Let’s reflect on the denial of the covenant.

In a world that wants us to believe that we are nothing more than sophisticated animals with no moral code who can do anything we want regardless of the consequences, the “denial-of-the-covenant” approach to life is most familiar. It elevates the “self” as the end-all-be-all of life. Everything is about what the individual can take or get. Sexually, this puts this individual in a very powerful position of control; and it makes him or her to be exceedingly self-absorbed. Problems then develop when the individual, disappointed because his or her expectations are not being met by the married partner, then feels empty, and that emptiness gives way to the equation of anger and grief. At this point the law of diminishing returns kicks-in, for the more the individual tries to shore up his or her emptiness with sexual (and self) gratification, the less he or she gets in return and the deeper the anger/grief dynamic gets. He or she hedges bets, lacks real freedom of safe expression, and tends toward secrecy and deception.

Sounds great doesn’t it? But this is the product of the secular humanistic Darwinianism that dominates the sexual landscape.

Yet when the individual affirms the covenant contrary things unfold. Instead of being a taker one is a giver, and with that comes integrity and blessing for not only the individual but the recipient. Emptiness is replaced with a deep satisfaction that blossoms over time. Rather than dealing with the law of diminishing returns, the couple engages the law of joyful anticipation which is a lifetime of adventure and shared experiences—intellectual, emotional, spiritual, social, and, of course, sexual experiences. No one hedges his or her bets; total freedom defines the interaction. It is a process of failure and success that makes the couple richer. The many layers of meaning and purpose and satisfaction and joy and shared values, et cetera, are found when the covenant is affirmed. Is this not a far richer and more satisfying experience than anything the world throws at us?

A Final Consideration. One final consideration is this: sex is perhaps the greatest act of worship found among humanity. That is a statement that is absolutely radical. But it is so true. And the objects of worship may be reduced to two: one is, well, me, and the other is God himself. When I deny the covenant I am worshipping only me. It’s all about me—everything. When I affirm the covenant then I get to affirm the Sovereign who intended and designed the covenant, but not just I but my spouse. And because in the end, even at its best, sex is not meant to totally satisfy us because God will have no rivals, what we discover is that it whets our appetites for something more transcendent—seeing Jehovah face-to-face.

“Write This Down…” provides a restatement of selected points or observations from various teaching venues at which Pastor Matthew speaks. The preceding material is from Pastor Matthew’s sermon entitled, “Created to Connect,” part of the sermon series entitled, “Crazy Sex: Embracing God’s Best in a World Gone Crazy,” and presented on the weekend of May 8, 2011, at Bethel Church.