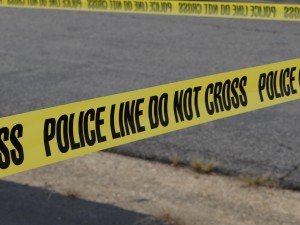 Angry that nine more lives were lost because some deranged man was infatuated with death. Angry that many of these lives were snuffed out because they were believers in Jesus. Angry that too many of the voices of influence in the public square do not seem to care whatsoever about that detail. I cannot help but imagine if these nine had been, say, Muslims, that we would be overwhelmed with frank words from the White House and elsewhere about religious intolerance and hate-crimes and Islamophobia and so forth. As it is, and as has been the case with Christians losing their lives around the world, the public square remains . . . silent.

Yet once again I’m gripped by God’s Word. Isn’t it just like our King to anticipate these matters and express to us how then we might respond with our understandable anger. And so it is Jesus, when teaching on a certain hillside in the land of Galilee, offers up these poignant words:

Bless are you when others revile you and persecute you and utter all kinds of evil against you falsely on my account. Rejoice and be glad, for your reward is great in heaven, for so they persecuted the prophets who were before you. (Matthew 5:11-12)

Indeed, the Apostle Paul, reflecting on these very matters, adds:

Beloved, never avenge yourselves, but leave it to the wrath of God, for it is written, “Vengeance is mine, I will repay, says the Lord.” To the contrary, “if your enemy is hungry, feed him; if he is thirsty, give him something to drink; for by so doing you will heap burning coals on his head.” Do not be overcome by evil, but overcome evil with good. (Romans 12:19-21)

Thus, in my anger, three things arise that I must grasp. First, I must never become numb about those who are killed, whether they are believers in Jesus or not. They are human beings, and their lives have value and worth. May I never, ever decide to ignore that detail.

Secondly, I must recall the “when” of Jesus’ words: when others revile you. . . . Following Christ means we must anticipate difficult days. These difficulties may include the taking of our very own lives, and may include a spirit of disdain in the public square. We should not be surprised by these, or allow fanciful notions of what was once Americana to get in the way of this biblical and time-tested reality.

Thirdly, I must repurpose the intense feelings I have about these things toward blessing even those who revile us. Jesus didn’t mince words when he spoke of rejoicing in the midst of oppression; and the Apostle Paul didn’t mince words when he spoke of matching evil with good. If it is hate, or at the very least indifference, that motivates those opposing Christianity, then let us most certainly not also become motivated by hate and indifference. Let us, even in, perhaps especially in, this post-Christian culture in which we find ourselves, respond with something so utterly contrarian that we quickly fall in line with the great martyrs of the ages, from the nine Christians killed at the Emanuel African Methodist Episcopal Church in Charleston, South Carolina, who had so lovingly welcomed their would-be killer into their Bible study, to the likes of the great Dietrich Bonhoeffer, to the ancient Polycarp of the second-century.

Indeed, let us respond with something our suffering Savior offered.

To quote the ancient Polycarp from the time of his execution for Christ, “I bless you Father for judging me worthy of this hour, so that in the company of the martyrs I may share the cup of Christ.”* And as Jesus offered from the cross: “Father, forgive them, for they know not what they do” (Luke 25:34).