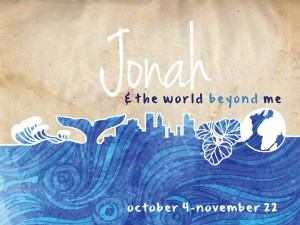 The Book of Jonah is one of those pieces of biblical literature accustomed to taking a beating from skeptics conditioned to not only dismiss it but to regularly mock those willing to uphold the idea of its historicity and authenticity. Indeed, it is a common phenomenon for students to find within the classrooms of even supposedly Christian colleges teachers who find some pleasure in ridiculing the historical nature of the Book of Jonah.

The reasons are many but a small number readily come to mind. First, critical scholars dismiss the idea that a fish could swallow Jonah and he could miraculously survive. However, there are cases in which fish have swallowed men who were later found alive (see R. K. Harrison’s Old Testament Introduction, pp. 907-908; A. J. Wilson’s “Sign of the Prophet Jonah and Its Modern Confirmations,” in the Princeton Theological Review [25 (October 1927): 630-642]; and George F. Howe’s “Jonah and the Great Fish,” in the Biblical Research Monthly, January 1973, pp. 6-8). Yet, even if these cases can stand the test of responsible scrutiny they need not necessarily have to do so. The reality is that the Hebrew text of Jonah 1-2 does not require that Jonah lived for three days and three nights in the belly of a great fish. It may be that he did in fact die, and that the miracle is not that he survived three days and three nights in such an unusual submarine vessel, but that he was resurrected after having died from drowning or being consumed. Such a notion would certainly give more weight to Jesus’ statements about Jonah’s time in the fish being a sign of his own death and resurrection (cp. Matthew 12:39-42).

Another reason scholars dismiss the historicity and authenticity of the Book of Jonah is that the physical scope of the ancient city of Nineveh (see Jonah 3:3, 4:11) seems unlikely. However, archeological and historical research demonstrate that Nineveh (near modern day Mosul, Iraq) had walls approximately 100 feet high and nearly 50 feet thick with a circumference of about eight miles, encompassing an area covereing 1,800 acres. Indeed, it is estimated that nearly 600,000 residents lived within the walls and in the suburbs that surrounded the outside of the walls. With an area so vast and a population so dense, it seems reasonable to expect that the prophet Jonah would take three days to move through the urban and suburban districts, undoubtedly sharing as he went, as well as answering questions.

Yet another reason the book is often dismissed by skeptical scholars is the seemingly incredible repentance of the people of Nineveh. The Assyrian kingdom was infamous for its brutality and cruelty, as well as its paganism. The sudden repentance gives pause to those who find such a transformation unlikely. It is noteworthy, however, that the king (probably Ashur-Dan III) “issued a proclamation” (Jonah 3:7) to the people, exhorting them to humble themselves before God and turn away from their evil ways. Generally, in the ancient days, the spiritual station of the masses was often a reflection of what was modeled by the rulers. Moreover, a series of spectacular events took place in the years leading up to Jonah’s arrival—events that may well have primed the people of Nineveh to respond responsibly to a message of pending doom. In 765 and 759 BCE severe famines engulfed the region, and on June 15, 763 a total solar eclipse took place that no doubt dramatically influenced these pagan people. Add to these a great deal of civil unrest within the lower-class neighborhoods of Nineveh around 758, and one should expect that Jonah’s message was met by an audience hungry for hope.

One more common assault against the Book of Jonah is the rapid growth of the plant as recorded in Jonah 4:6. It is sometimes suggested that the plant in question was the castor oil plant (Ricinus Communis). This plant is familiar to the area and is known for its broad leaves and rapid growth. However, even with natural rapid development, it might be unlikely that it could grow as rapidly as Jonah 4:6 suggests without some supernatural intervention.

Which, of course, brings us to a very important matter in the entire discussion about the historicity and authenticity of the Book of Jonah: the main reason skeptical scholars struggle with the material is an unwillingness to recognize a Supernatual Being participating in the unfolding drama. It is a simple fact that acceptance of this possibility eliminates the anxieties of those critical of the story.

One contextual exclamation point is the affirmation of this little book’s historicity and authenticity by Jesus himself. In Matthew 12:39 and following Jesus refers to Jonah as a prophet, references Jonah’s time in the belly of the great fish, connects Jonah to the transformation of the people of Nineveh, and then offers Jonah and the matters relating to him as a sign for the mission on which Jesus found himself. Moreover, he then suggests as a parallel to Jonah’s story the historical detail of the Queen of Sheba’s visit to King Solomon as found in 1 Kings 10. It is highly unlikely that Jesus would mix together events that were both historical and non-historical to unpack his purposes, and it is certainly unlikely that he would put so much emphasis on Jonah’s story as a sign for his own story were it not based in fact.