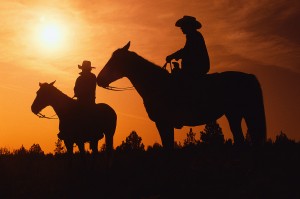 It was from the mouth of the venerable David Gergen that I first heard what has become one of my favorite quotes, which declares that “if you want to go fast, go alone; if you want to go far, go together.” Let me just say right here that he is exactly right. There is tremendous power in partnership. This is one of the things I love so much about the team of people at Bethel Church—the elders and the ministry staff and the supporting staff. And it is something I especially enjoy with Marty Thompson, with whom I have the privilege of being co-pastor of the Bethel community.

When I think of Gergen’s quote I am instantly reminded of some of the greatest partners and teams in the Scriptures. I think, for instance, of Aaron and Moses, David and Jonathan, Peter and John, and Paul and Barnabas. Then, of course, come to mind Ezra and Nehemiah and their colleagues as they rebuilt Jerusalem and reestablished the worship of the True God. Or the apostles in the Book of Acts who united Gentile and Jewish Christians and by so doing pushed even further the gospel around the known world. As I said, there is tremendous power in partnership, and just some of the benefits that come to my mind are found below.

First, a great partnership eliminates isolation. One of the greatest tactics of the Enemy of the Soul is to pull ministry leaders off to the side, get them isolated, and destroy them. Great partnerships make that more difficult. Sometimes the individuals within a partnership or team get into a particular groove that finds them seemingly disconnected from those around them. Circumstances and schedules can bring this about; so too can insecurities that creep in. But at some point a healthy partnership pulls the individuals back in, affirming with understanding a given season of disconnect as perhaps necessary, but not preferred. Faithful partners understand the reality of exceptional seasons of disconnect due to the realities of life; but faithful partners always regroup and embrace the rule which is, well, partnership and teamwork and community over and above isolation.

Secondly, a great partnership means loads are shouldered together. It is true that in the world of leadership it is lonely at the top. Very lonely, in fact. But healthy partnerships allow for the stuff of leadership to be shared. The blessing of walking out of a board meeting not alone but joined at the hip with a ministry partner with whom I am in sync has a profoundly liberating effect. It allows for the intentional and authentic sharing of wisdom and pain and encouragement and strength and vigor.

Thirdly, a great partnership fosters other-centeredness. By nature it minimizes the “it’s-all-about-me” mentality that so easily gets the best of us. This is essential for maturity, and a true sign of healthy Christianity. In a world where leaders are conditioned toward self-absorption and hedonism, the value of other-centeredness becomes a powerful if not quirky force for good. A healthy partnership requires it, for selfishness within a team environment causes the team to breakdown.

Fourthly, a great partnership generates creativity and vision. Iron sharpens iron, as the ancient proverb states. The synergetic fruit of a powerful partnership, in which people are stretching themselves and pushing one another toward the greatest kinds of things, and doing so in a safe environment where there is freedom to fail and encouragement to soar, takes an organization to heights it did not know it could achieve, much like David and Jonathan envisioning a kingdom of holiness and honor, wherein the True God was exalted. They knew it would come; they encouraged each other toward that end. And even though Jonathan was not able to see it to fruition, David always remembered his friend and his friend’s wise contributions.

Lastly, for now, a great partnership echoes the community embedded within the Triune God, wherein Father, Son and Spirit thrive on serving one another and deferring to one another. It is a picture of community that must influence marriages and friendships and ministries. It is a snapshot of how God does things, what he prefers, and, thankfully, what he has provided.

Too many ministry leaders are lone rangers. But the oft-forgotten reality is even the Lone Ranger was not alone. He had along his side a brave partner of undying fortitude, without whom he would not have gone far. If you do have this, as do I, you know the incredible power that exists—the chemistry and joy and love and freedom and synergy. If you do not know these things, do not have one or two or a few with whom to toil for the glory of God, then prayerfully raise up that person or those people, join hands, and walk with resolve in the direction God would have you go.