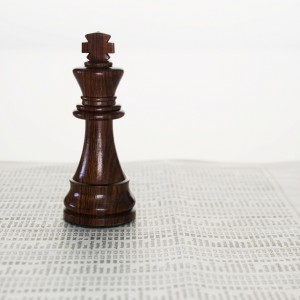 Every single one of these good and mighty kings fell when he was established in his role. Their respective tenures had become quite secure. The people had come to a place of great comfort with their respective leadership. The nation seemed to be growing in stature and strength. The nations that surrounded them seemed generally respectful of Judah and its king. There was every good reason for the average citizen of Judah to perceive that great things were ahead; that the nation was on track for a better and brighter future.

But then the king at whatever given time the people might have expected more greatness, fell. Pride got the best of him. And in the end that is the common assessment throughout the royal record. As Collins might imply: hubris, born of success, got the best of them.

Two things stand out to me when I consider this tragic sequence of failure. One is that it happened so often—one king after the next after the next. Sure there were one or two exceptions here and there, but the vast majority of these kings got to some spot during their tenure when they chose to enter into the stupid zone, doing stupid things with women or idols or geopolitical allies and enemies. Any exhortation to any one of them was met with a sharp tongue or a sharp sword. And these were suppose to be the good kings of Judah!

The second thing that stands out to me is that they even got to such a terrible spot in the first place. What is it about comfort and success that can so easily set us up for disaster? Surely there is more here than can be addressed right now, but one thing that does stand out is this: each one let down his guard. Without exception. Each one seemed willing to find rest for the soul in the comforts of his successes—in the security and status and the stuff that surrounded them. And each one seemed to totally forget how it was he even got into the position of success in which he found himself. He forgot the people who helped him, forgot the experiences that had previously driven him to his knees; indeed, forgot the God who established him.

Oh that we would learn. With the great successes comes great reward—but also vulnerability. May we who are leaders never lay our guard down, for too much is stake.