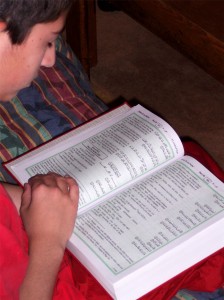 Okay. I said it. Terry Jones, the leader of the Dove World Outreach Center in Gainesville, Florida, is a fool. Webster suggests to us that a fool is someone lacking judgment or prudence. Next to the definition should be Terry Jones’ name.

While the deadly attacks in places like Afghanistan are horrendous and themselves foolish, having no legitimate justification, the recent so-called trial and burning of the Quran by Jones and his congregation is appalling, provocative, and absolutely unnecessary. There is nothing about the violence resulting from the burning of the Quran that can be supported. Nothing at all. It is odious and wicked. But I am not an Afghani cleric with some credible platform from which to speak out against such things.

I am, however, a follower of Jesus Christ, a pastor of an influential church in the upper Midwest, educated and credentialed in all the supposedly acceptable ways, and as such I am calling out Terry Jones as a fool and one seemingly more consumed with making a name for himself than he is concerned for the dignity and honor of the name of Jesus. Jesus would not burn the Quran.

Jesus is bigger than that, and wouldn’t need to.

Solomon penned in Proverbs 14:16 these pointed words: One who is wise is cautious and turns away from evil, but a fool is reckless and careless. Reckless and careless are most fitting words for Terry Jones and the Dove Christian Outreach Center. Because of their collective lack of caution and wisdom, American military and diplomatic personnel are at greater risk, innocent people are victimized by the outrage of mobs, Christians look stupid for ignoble reasons, and the name of Jesus is demeaned.

Regarding this whole sick mess, I wholehearted agree with the following sentiment:  “The actions of one church in Florida do not represent the vast majority of Christians, who desire to live in peace with their neighbors,” said Leith Anderson, president of the National Association of Evangelicals. “But violence against other human beings is never an appropriate response.”