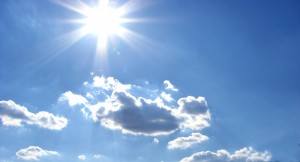 You hear about it all over the media right now, and it dominates the conversations of a lot of families, churches and skeptics. The topic? The Rapture of the Church. I personally have preached on this topic, and have lately referenced it through a sermon series I am currently preaching entitled “Memoirs of an Ancient Prophet: A Study Through the Book of Daniel,” though admittedly I’ve chosen throughout the series to be a bit coy about it. Perhaps because of the convergence of so many huge issues around our world right now—earthquakes and tsunamis and nuclear meltdowns and still more military engagements for the United States and unrest throughout the Middle East and global economic woes, etc.—I’ve been getting lots of questions about things relating to the “end,” and certainly about the rapture itself. Indeed, one email came to me a couple of days ago, and included within it was a terrific question: “Rapture . . . Pre Trib or Post Trib?” Insight?

Daniel 9:27, among a handful of passages, speaks to a seven year period of tribulation that will be coming upon the earth during the final days. Specifically, this seven year period will begin when the antichrist signs a covenant with the State of Israel. The question being asked above relates to whether the rapture of the church will happen before the tribulation (thus “pre-“) or after the tribulation (thus “post-“).  There are some other options as well, actually, but for now we’ll stick to the specific question.

To do that, however, it will help to explain what we even mean when we refer to the rapture. The word stems for the Latin rapio which means to snatch something away. In the New Testament we see this concept in 1 Thessalonians 4:17, which tells us that “we who are alive . . . will be caught up [with those who have already died in Christ] in the clouds to meet the Lord in the air, and so we will always be with the Lord.” The Greek word behind the phrase “caught up” is the word harpazo, which, like its Latin kindred, means to remove or snatch. When used elsewhere in the New Testament it depicts the moving from one place to another of an individual by God (cp. Philip in Acts 8:39 and Paul in 2 Corinthians 12:2-4), and this is what is meant in the 1 Thessalonians 4 passage as well. Specifically, God will snatch the church away from time and space into his presence; those who have already died will “rise first” and then those who are alive will also join them. He will do this with the “cry of command” and the “voice of the archangel” and with the “sound of the trumpet of God” (1 Thess. 4:16). And the reason is because “God has not destined us (that is, true church-age believers) for wrath” (1 Thess. 5:9). From the perspective of the Apostle Paul who is writing 1 Thessalonians, the concept of the rapture is a very comforting and encouraging point of hope for true believers in Jesus Christ (cp. 1 Thess. 5:11). 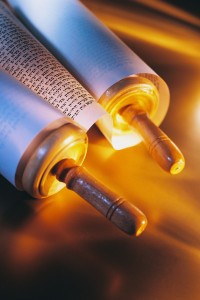 First, the Old Testament type which is the story of Noah and the Ark. A precedent was set by God to call out Noah and his family from the utter wrath that was descending upon the earth during Noah’s days. This story, found beginning in Genesis 6, reveals the grief on God’s heart for the evil of men, and his determination to “blot out man . . . from the face of the land” (Gen. 6:7). Immediately following God’s declaration of intent, he tasked Noah with the building of a gigantic boat “to keep . . . alive” Noah and his family and hordes of animals (Gen. 6:20). Of course, Noah did build this boat, thus fulfilling God’s plan.

Secondly, the removal of the restrainer of sin. Second Thessalonians reveals a fascinating detail about the antichrist and his season, a detail that gives special weight to the role and responsibility of the true church. In 2 Thessalonians 2:6-8 the Apostle Paul pens these words:

And you know what is restraining [the lawless one, or antichrist] now so that he may be revealed in his time. For the mystery of lawlessness is already at work. Only he who now restrains it will do so until he is out of the way. And then the lawless one will be revealed, whom the Lord Jesus will kill with the breath of his mouth and bring to nothing by the appearance of his coming.

Now  my conviction is that “he who now restrains” is the Holy Spirit as he chooses to manifest his restraining ministry through the earthly presence of the church. But let me be clear: I’m not saying that the Holy Spirit is somehow to be removed and therefore become a non-entity during the tribulation. What I am saying is that his ministry of restraint, manifested as it is through the righteousness and faithfulness of true believers in Jesus Christ, will be removed. How? When the church is removed then that unique influence will be removed. The rapture will bring an end to the unique role that the church has as a stopgap against relentless sin—a role made possible by the Holy Spirit’s work through the church. When the church is caught up in the air to be with the Lord, then that restraint provided by God’s Spirit is removed, and the man of lawlessness is free to work. This particular detail reinforces that idea that the rapture must take place prior to the tribulation, for we know from Daniel 9:27 that the tribulation will not begin until the man of lawlessness signs the covenent with Israel. That event will put everyone on notice as to the true identity of the antichrist. But this revelation will, as 2 Thessalonians 2:7-8 makes plain, come after the restraining influence of the church is gone—after the rapture.

Thirdly, the church is absent from Revelation 4-18. This is an important but often-overlooked detail about the Book of Revelation. The first three chapters of the book speak in great detail about the health, welfare and responsibility of the church. And yet, chapter 4 and following tell of nothing on earth regarding the church. Through each judgment cycle that follows there is no hint of the church being present on earth, and the next time there seems to be a reference to the church at all is Revelation 19 and the marriage supper of the Lamb (Rev. 19:9) and the subsequent line of those dressed in white garments following behind Jesus as he returns to earth in his glory (Rev. 19:11 and following). Why would the church not be found in these chapters, even though during the first three chapters it had such a prominent place? Because with the words “Come up here!” in Revelation 4:1 we get a sense that the Apostle John—who wrote Revelation—serves as a type for all of us who are believers in Jesus, called into heaven prior to the tribulation, the dramatic story of which is told in the subsequent passages.

Fourthly, Jesus promises to keep the church out of the trial that is coming. Revelation 3:10-11 makes this very clear. Therein Jesus says, “I will keep you from the hour of trial that is coming on the whole world, to try those who dwell on the earth. I am coming soon. Hold fast what you have. . . .”

A key to the preceding quote from Jesus is a word that is not especially apparent in the English language but is found in the Greek text. It is the word ek, which means to be out from something or away from something. For example, we get the word “exit” from the word ek. In the above quote by Jesus the word ek is embedded within the phrase “keep you from the hour of trial.” It was clearly the intention of Jesus to indicate that the church would be “out” of or “away” from the trial that will be coming, the trial being, of course, the tribulation. This particular passage strongly affirms the idea of a pre-tribulational rapture of the church.

There are other reasons as well, but perhaps these four will suffice for the purposes of this presentation. In my thinking these four more than best any consideration that the rapture should happen after the tribulation is completed. But I do wish to add a very important caveat about a pre-tribulational perspective, and this is one of the reasons I’ve been a slight bit coy about the rapture even in my recent preaching through the Book of Daniel. Here’s the caveat: we Christians have a great hope which is the rapture, but it is not an invitation to escapism but to activism. The time is clearly short, the end is coming soon, the needs are so great—so many people need to let Jesus erase their fears and shame and guilt. We have a story to tell about a God who redeems sinners! So, while we have our ear tuned for the trumpet sound of God, let’s be sure our mouths are telling that story and our hands are serving with humility and courage.