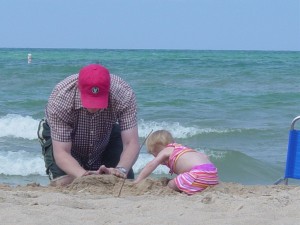 Dietrich Bonhoeffer is one of my most beloved heroes. A German pastor and professor who gave his life to the cause of opposing Hitler and the Nazi regime, his legacy is vast. On April 6, 1943, Bonhoeffer was arrested by the Gestapo, largely due to his efforts to rescue Jewish friends and family and help them find safe passage outside of Hitler’s domain, as well as his associations with those of whom the Gestapo was convinced were part of an organized opposition against Hitler. After imprisonment in some of Germany’s most notorious facilities, he was executed on April 9, 1945, at Flossenburg Concentration Camp.

Things could have been different. In 1939, Bonhoeffer went to the United States, in large measure to remain safely away from Hitler’s reach. Many friends had urged him to go to America, but once there he quickly realized it was not for him. “I have come to the conclusion,” he declared, “that I made a mistake in coming to America. I must live through this difficult period in our national history with the people of Germany. I will have no right to participate in the reconstruction of Christian life in Germany after the war if I do not share the trials of this time with my people. . . . Christians in Germany will have to face the terrible alternative of either willing the defeat of their nation in order that Christian civilization may survive or willing the victory of their nation and thereby destroying civilization. I know which of these alternatives I must choose but I cannot make that choice from security” (Eberhard Bethge, Dietrich Bonhoeffer: Eine Biographie, 736). Thus, he returned to Germany, continued his work, was ultimately arrested, and so forth. Bonhoeffer gave his life to help others.

Regarding this kind of commitment Bonhoeffer said, “the ultimate question for a responsible man to ask is not how he is to extricate himself heroically from the affair, but how the coming generation shall continue to live” (Dietrich Bonhoeffer, “After Ten Years”). Bonhoeffer understood that the times required men to act nobly; to move toward the conflict, to intentionally give of themselves to a righteous cause bigger than themselves—the kind of cause that will positively influence the generations that follow. Men cannot afford to extract themselves from the tough stuff of life. Our world needs men who will live with honor, and leave a legacy of safety and satisfaction that endures.

Isaiah 32:8 affirms the power of this kind of commitment: But he who is noble plans noble things, and on noble things he stands. In a world hungry for kings and princes who will lead well, the noble man of Isaiah 32:8 embodies the answer to the hunger. Three observations merit reflection

First, the word “noble” in the verse cannot be limited to gentlemanly kindness. It is too easy to think of knights at the round table or young men holding open doors for the ladies. But in the language of the ancient day the word meant so much more. The Hebrew word that Isaiah employs implies generosity, and not a passive generosity, but an intentional generosity. It contains the idea of a man stepping out, volunteering himself for a cause that is bigger than himself, leveraging everything that he has and is for that cause. When Isaiah affirms the power of a noble man he holds up the man who is intentionally generous, a giver and not a taker, someone willing to invest everything into empowering others toward God’s best. There is no passivity with a noble man. There is no easy route. And less anyone think that the only guys that can do this are married dads who dream of being William Wallace or General Maximus, think again! Dietrich Bonhoeffer was a regular guy, a bit overweight, an intellectual type, a teacher, a pastor, unmarried, and no kids. He was Everyman, and yet as such he portrayed the spirit of nobility, unwilling to extract himself from the hard stuff. He was intentionally generous with his very life—very much like his king, Jesus.

Secondly, the word “plans” is more robust than meets the eye. As a man I tend to want to be a lone ranger. In my dream world I picture myself as the captain of my own destiny, managing the world from my cigar smoke-filled map room where I lean over the map table moving tanks and troops at will. But no one else is there. It is just me. But this should not be, and Isaiah affirms as much, for the word “plans” suggests not a passive or isolated planning scenario, but collaboration among fellow noble men. It implies that there is accountability and partnership, that noble men are working together for a common cause. This is why at Bethel Church, for example, we have Men’s Fraternity and Growth Groups and others forums bringing men together.  Men need each other. They must work together. Like the writer of Proverbs 27:17 pens, “As iron sharpens iron, so one man sharpens another.” When Bonhoeffer was executed six other co-conspirators were with him—a band of brothers.

Lastly, the word “stands,” at the end of the verse, implies more than simple bravery. In the language of the ancient day it implies endurance. Intentionally generous men, working together under the auspices of King Jesus, for causes that transcend themselves, can stand forever. They need not fail or falter. This does not imply they will not have difficulty, or that they will not stumble, but for us guys who grew up, for instance, struggling with pornography, this principle means that it is not automatic that we will fall again. For us guys that worry we cannot cut it as husbands or dads, and that at some point we are going to crash and burn and lose the confidence of those we love, this principle tells us that it need not be the case. Noble men by God’s grace can not only finish well but live well. We can stand with endurance. We may have to crawl across the finish line of life right into Heaven, but we can arrive there. We need not fear, even as the great enemy of the soul, the devil, seeks to convince us guys otherwise.

With these thoughts in mind, and as a capstone to our entire sermon series entitled “Manhood: A Bold Call for Men of Nobility,” we are inviting all men who want to rise above the stupid sit-com caricature that our world has created to commit to the following covenant. If you are a man reading this, let me invite you to commit to it as well:

Lord, I hear your call to be a noble man. I understand the need for sacrifice.  To put others first.  To love with the love of Christ as He loves the Church.  I reject the world’s notion of manhood and I embrace the model of Christ.  Make me the man you want me to be.  Lead me, so I can lead.

“Write This Down…” provides a restatement of selected points or observations from various teaching venues at which Pastor Matthew speaks. The preceding material is from Pastor Matthew’s message entitled, “On Noble Things He Stands,” part of the sermon series “Manhood: A Bold Call for Men of Nobilty,” presented on the weekend of March 25, 2012, at Bethel Church.