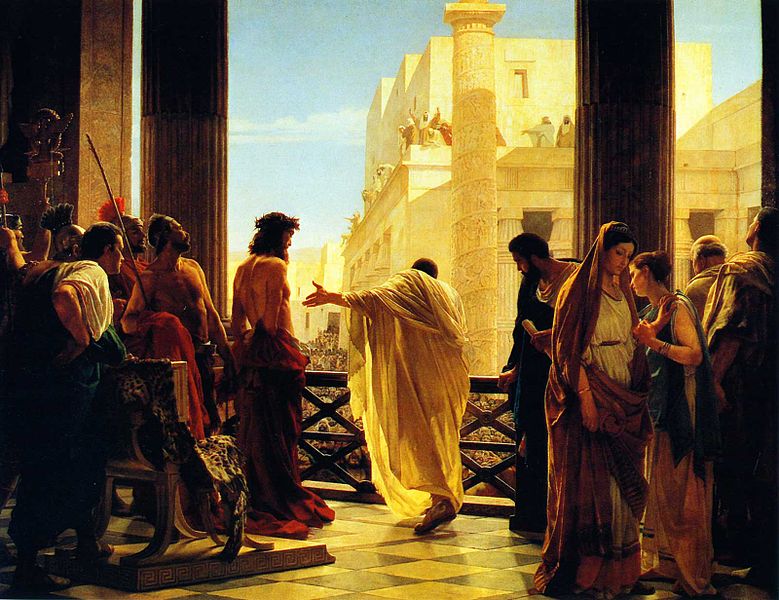 Our world is starving for real men to step up and lead. Not empty-suits, vacant behind the eyes and the ties. Not passive fools whose life ambition is to be nothing more than the sex-starved, beer-crazed baffoons in the average commercial or sitcom. Not the guys who spend their time feeling sorry for themselves and passing off their responsibility upon everyone else.

It’s time for the mature bulls to show up on the scene. It’s time for kings and princes (cp. Isaiah 32:1) to arrive.

And the hunger is there. There are many of us men desiring to be something more than we are; hungry to step up, lead well, live strongly, and die satisfied that we’ve been meaningful and made a difference. There are many women desiring for the important men in their lives to stand tall, have confidence, lead boldly and humbly, and embrace their status as redeemed sons of Adam. There are many children thirsting for real men to invest in them rather than rob them.

The hunger is real, and it is timeless.

It is seen in the experience of the ancient Israelites who, when presented with the potential leadership of Samuel’s foolish sons, who turned aside after gain and took bribes and perveted justice, cried out for something more. “Now appoint for us a king to judge us like all the nations” (1 Samuel 8:5), the nation ordered Samuel. And though their motives were a bit questionable (seeking on some level to be like the other nations that surrounded them), the hunger they had for a worthy leader was commendable, and was something that God sought to honor (see Leviticus 17 for more information on God’s heart for a king). Ultimately God made it clear that the king he preferred was the one who would follow after God’s own heart (see 1 Samuel 13:14). Which begs some very serious consideration: what might that look like? And the answer takes us straight to Jesus Christ.

Hours before Jesus’ death he was being interrogated by the Roman governor Pontius Pilate. The gospel accounts suggest that Pilate was not especially impressed with the religious leaders’ desire to get rid of Jesus, but he went along nonetheless. When his interrogation was completed he had Jesus escorted outside before the religious leaders and, according to John 19:5, declared before then all, “Behold, the man!” Despite what Pilate might have known, this was a powerful statement. Not only did Pilate’s statement regarding Jesus affirm the rich theological truth that along with being 100% God Jesus was 100% man (a necessity, for only man should pay the penalty of sin), but Pilate’s statement also has the effect of taking the reader back to the first man, Adam, in Genesis 1-3. Adam had been given dominion over everything, and as the crown of God’s creation was to be a man who led well. However, he blew it. Genesis 3 tells us how his failure to take care of Eve left her vulnerable and deceived, and his willingness to share in her choice to violate God’s standards plunged all of creation into darkness and death. When Pilate declared, “Behold, the man!”, he was, in effect, offering to the world the Second Adam, the one who would make all things new, and who would pick up where the first Adam failed.

This suggests, of course, that Jesus has something very unique worth emulating. The Apostle Paul states as much, especially as it relates to all of us men, in Ephesians 5:25-27 and following. Herein he writes: Husbands, love your wives, as Christ loved the church and gave himself up for her, that he might sanctify her, having cleansed her by the washing of water with the word, so that he might present the church to himself in splendor, without spot or wrinkle or any such thing, that she might be holy and without blemish. Men are to love those around them just like the Ultimate Man loves the church. But how did and does Jesus love the church? Perhaps the following will help.

First, Jesus he pursued her intentionally. He was proactive. He came for sinners without hesitation. He moved into our realm, not partially but wholely. In a world that needs men to be real men, a starting place is for us to step up without hesitation, proactive just like Jesus. Secondly, Jesus obeyed his Father in Heaven. His whole mission was to redeem sinners for the glory of his Father. Complete and total obedience to the Father should be the hallmark of every man. Thirdly, Jesus sacrificed his own life, including whatever rights he had as God, not counting “equality with God a thing to be grasped” (Philippians 2:6). We men must, like Jesus, live lives wherein our own personal agendas are shaped by God, and a willingness to lay our lives down for those around us drives us. Fourthly, just as Jesus desires to set the church apart unto his Father’s glory and purpose, “without spot or wrinkle,” so we men should step up and be about what brings God’s best purposes out in the lives of those around us. One day we will give an account for this. We must take this call seriously, and it must be shaped not by our perception of truth but by “the washing of water with the word.” God’s truth must rule.

There is so much more that we could say about how Jesus serves as the ultimate role model for all of us men longing to be noble. If we intend to lead well, and not live as fools (cp. Isaiah 32:5-7), then there is no greater example than our Lord.

“Write This Down…” provides a restatement of selected points or observations from various teaching venues at which Pastor Matthew speaks. The preceding material is from Pastor Matthew’s message entitled, “Kings and Princes,” part of the sermon series “Manhood: Men of Nobilty,” presented on the weekend of March 4, 2012, at Bethel Church.