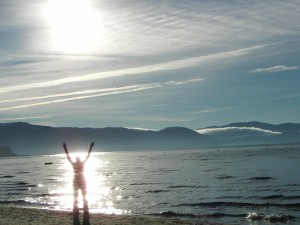 As the Apostle Paul concludes his impassioned letter to his Galatian friends, he starkly contrasts a life of nominal Christianity with being a new creation because of the work of Jesus Christ. These are very important distinctions; worthy of amplification.

Nominal Christianity. A “nominal value” is often a value that exists in name only. For Paul, the legalistic hacks who moved into the Galatian Christian community were Christian in name only. This was evidenced by the fact that they perverted the true gospel of Jesus Christ, insisting a relationship with God was confirmed not merely by the work of Christ on the cross but by adherence to ancient rules and rituals such as circumcision. Galatians 6:12 makes plain that such people were very concerned about image (looking religious before a watching world), power (having authority or control over the lives of others), and tolerance (being acceptable within the public square). Their extreme measures were ultimately geared to convey religiosity without true cost or conviction. In the end, even the public square can accept religious zeal as long as it does not prick the consciences of the masses. Nominal Christians love to “boast” or glory (see Gal. 6:13) in such things, for it feeds their egos and justifies their posturing.

New Creation. The antithesis of this, of course, is being a new creation because of the work of Jesus Christ at Calvary. “But far be it from me,” declares Paul in Galatians 6:14, “to boast except in the cross of our Lord Jesus Christ, by which the world has been crucified to me, and I to the world.” This statement is scandalous for several reasons. First, though in our day the word “cross” is all but meaningless, having been reduced to a mere trinket or piece of jewelry, in Paul’s day it was not a word to even be uttered in polite society, for it referred to horrid and violent death and destruction. For Paul to “boast” or glory in the cross would be to draw remarkable attention to a most impolitic reality of life in the Roman world. It would set Paul apart from the cultural mores of the day, and speak volumes about the radical nature of Paul’s worldview. Add to this that the cross was in reference to a person named Jesus, who the Jews perceived as a traitor and the Gentiles as a bit odd, then Paul’s commitment is all the more strange. Moreover, add Paul’s conviction that he himself has died to the values of the world, and his willingness to perpetuate “cross” language to declare that, and Paul pushes himself to the edge of what society would think is normal or comfortable, and then leaps off that edge with gusto. Thus he ultimately declares that the only thing that matters is being “a new creation” (Gal. 6:15). While nominal Christians want to lose themselves in the approval of men, Paul through Christ glories in being completely revamped as a person, with an entirely new vision for how life operates and what are the implications of a life lived for Christ.

It is completely fitting that Paul concludes with these words: And as for all who walk by this rule, peace and mercy be upon them, and upon the Israel of God. From now on let no one cause me trouble, for I bear on my body the marks of Jesus. The grace of our Lord Jesus Christ be with your spirit, brothers (Gal. 6:16-18). Paul wants to make the case that if any rules are to be followed it should be the standard which is Christ and all that Christ represents. When Christ is made preeminent then “peace and mercy” dominate our lives. And lest anyone seek to trifle with Paul regarding these things, they need look no further than the actual physical marks he bears because of the persecution he had endured for his commitment to Christ. Paul is all in, and as such, unwilling to settle for a Christianity that is all about self-promotion and self-centeredness. When Christ died for Paul, Paul’s chains fell off. There is no way he will pick them back up and forfeit the freedom he has found through Christ.

“Write This Down” is a summary of select teaching moments offered by Pastor Matthew. The preceding summary is from the message “Bearing the Marks of Jesus,” the final part of the sermon series “Galatians: No Other Gospel,” presented on the weekend of July 8, 2012, at Bethel Church.