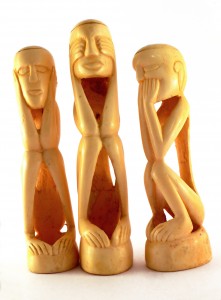 There is a messy reality about life that we Christians too easily wish to whitewash and pretend is not real. For some reason it appears to me that conservative Christianity in the modern era is far more concerned with a kind of piety that seeks to categorize life in neat little boxes and drawers. The Southern Baptist Convention’s recent decision to remove the movie The Blind Side from Lifeway Christian Bookstores is one striking example. Based upon the thesis used by those advocating its removal—a thesis that centers around some of the language in the movie—then we probably should scrub the Book of Philippians from the New Testament, for therein the Apostle Paul declares that compared to relating with his Savior Jesus everything else is scubala—the “S” word in the ancient day, politely translated “dung heap” or “rubbish” in our modern Bible translations (see Philippians 3:8). Or perhaps we should scrub out of the Old Testament passages like Judges 19 which depict the horrid sexual torture of a young virgin girl. Such a story is surely more uncomfortable than anything portrayed in The Blind Side.

For whatever it is worth my family and I have watched The Blind Side several times, appreciating the profound story of redemption and generosity. Growing up in the racially charged atmosphere of the deep south only deepened our sympathy toward the main characters. The primary characters embody what reconciliation and servanthood ought to be about, something that should have been applauded by the Southern Baptists, particularly at this time when they have elected, finally, an African-American president to lead them.

I could go on and on about this. But perhaps the better thing is to give heed to Eric Metaxas’ thoughtful reflections from his recent Breakpoint commentary.