Unbelievable to me is the insight Luke has into the way of manhood, exhibited so clearly in his apt description of that citizen of ancient Jericho known as Zacchaeus. Read through the brief information and then pay attention to some of the obvious takeaways:

Jesus entered Jericho and was passing through. And there was a man named Zacchaeus. He was a chief tax collector and was rich. And he was seeking to see who Jesus was, but on account of the crowd he could not, because he was small of stature. (Luke 19:1-3) 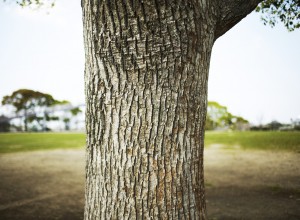 Stop there for just a moment. Do you see Luke’s penetrating description of everyday manhood? Notice first that Luke is talking about a man. On the surface this may be a simple statement of fact, one given without any particular meaning. However I think it is fair to suggest that God the Holy Spirit is exceedingly clued into the realities of a man’s world, and so it is that in His wisdom He has Luke set up the scene so that every regular guy on planet earth will peer in with a greater sense of interest: there was a man. . . .

In typical fashion we are immediately introduced to what this man does: He was a chief tax collector. This implies that Zacchaeus was a civil servant, a manager of some sort; someone overseeing the revenue bureau of the city of Jericho. Perhaps he was hired by the city authorities, or, perhaps even the Roman authorities. Either way he was a most unpopular individual in the community. What his exact occupation is proves important for the story as a whole, but for our purposes here it is notable simply that an occupation of any kind is mentioned, for this is generally perceived as the sum of manhood: what one does.

Then, of course, we are made aware of the man’s status, being told by Luke that Zacchaeus was rich. Again, typical of the way the world thinks about men, we focus on what the man does, and then we consider what his successes are. As if this is all that matters.

But as if that were not enough Luke offers yet another description of Zacchaeus, telling us that he was small of stature. And there you have it: what the man does, what are his accomplishments, and what is his image. Luke has just painted the portrait of Everyman. I see myself. Perhaps you see yourself. We are Zacchaeus, reduced to hiding behind our competencies and our accomplishments and our appearances. And the primary reason we reduce our self-awarenesses to these base things is because are souls are so hungry to actually matter—to have meaning and attractiveness and weight.

But God knows there is something better that fills the soul with that for which we men are hungry, so Luke thrusts Jesus headlong into the story. Notice what happens next:

Zacchaeus ran on ahead and climbed up into a sycamore tree to see Jesus, for he was about to pass that way. And when Jesus came to the place, he looked up and said to Zacchaeus, “Zacchaeus, hurry and come down, for I must stay at your house today.” (Luke 19:4-5)

In the midst of a world that wants to reduce Zacchaeus to a mere robot, one who fills a vocation and gains some benefit and looks a certain way, we see Jesus move past all of that toward something deeper that influences the very soul of this man; indeed, every man. Verse 5 makes it plain that Jesus takes note of Zacchaeus the person, not the civil servant. And verse 5 makes plain that Jesus wants to be with Zacchaeus in Zacchaeus’ house, not at his workplace  or in the market place. By so doing Jesus enters into Zacchaeus’ personal space, a space that is far away from the external place that too easily defines the man but really ignores the man’s substance. In effect, Jesus notices Zacchaeus because of who he is and not what he does, and by inviting himself to Zacchaeus’ home, Jesus elevates Zacchaeus’ dignity to something beyond a mere worker within society, recognizing this man as a noble son within the economy of God’s kingdom.

Which is exactly the height to which Jesus can take us if we are willing to pay attention to such things.