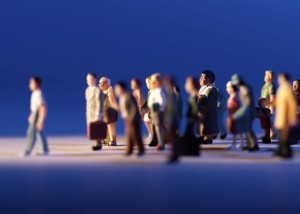 In my role as a pastor I am sometimes asked what, exactly, is spiritual leadership. Typically I will answer such a question with a question of my own (which is a common tactic I employ that greatly irritates my beautiful Christa). My question back will be something along the lines of, “Well, what would you say?”

And the answers that I get in return tend to reflect a profoundly simplistic view of spiritual leadership; a somewhat artificial construct wherein the spiritual leader is nothing more than a spiritual practitioner who does supposedly spiritual things so that spiritual people will have their spiritual needs met. As if deep needs of the soul are met by men. For some reason a clown comes to my mind, someone who does tricks to solicit some kind of emotional response. The guy with the round red nose, orange hair and big purple shoes pulls a balloon out of his pocket, blows into it, miraculously shapes it into a pink Dauchound puppy and suddenly everyone giggles and feels happy.

Can I just say I hate clowns. They are scary and plastic and, well, not very sincere.

So if spiritual leadership is not about fulfilling a bunch of clergy-esque clichés so that people can feel happy, then what is it? Perhaps the following definition, crafted as it has been on the anvil of years of ministry experience, will help:

Spiritual leadership is the strategic conditioning of a given realm with the clear goal of empowering people to be utterly available to the person of Jesus Christ.

Now if this is indeed so then consider some of the ideas sown into the fabric of this statement. First, spiritual leadership is strategic. That means that there is an identifiable goal the accomplishment of which is so compelling that great thought and intentionality go into developing the means to achieve the goal. Nothing is particularly random or fuzzy.

Thirdly, spiritual leadership focuses on a given realm. That realm of influence might by one’s family, one’s place of work, one’s apartment complex, or one’s church. Maybe its a village in Ghana or a city block in downtown Detroit. Spiritual leadership focuses on a very specific audience with the inherent goal of transforming that audience into something better than it thought it could or should be.

Fourthly, the clear goal of spiritual leadership is the empowerment of people to be who God intends them to be. One of the greatest points of crisis in the church today is spiritual leaders whose entire approach to ministry is to promote themselves. Characters like Kenneth Copeland and their ilk are obvious to us. What is not always so obvious is the generally unknown pastor of Lost Hope Community Church in Snow Drift, North Dakota whose insecurities are so intense that everything has to be about him for him to be thought of as successful. He has to have “yes men” around him, must play the clown for the crowd so that he can hear “good job Pastor” over and over, and attend every committee meeting so that he can not only have a hand in everything but so people will see him as a really good clown who must really care because he shows up at every committee meeting.

But this is not spiritual leadership. Rather it is the epitome of the insecure person in what should be a leadership role. Spiritual leadership is designed to empower people, to unleash them. It is inherently other-centered, about transformation rather than gamesmanship. It is about me helping you become the mature disciple of Jesus Christ that God intends and then me getting out of your way.

Which leads to the last item, at least for this discussion, and that is that spiritual leadership is ultimately about helping people be available to Jesus Christ. Not to the pastor. Not to the church. Not to the constituency. Not to the committee or the volunteer database.

But to Jesus Christ. It is, after all, all about Him! The Church belongs to Him. The purpose of our lives is about Him. The resources at our disposal are His. The soul of a man and a woman is created by, loved best by, and ultimately healed only by Him. The responsible spiritual leader knows this and shapes the culture of his or her realm so that others will too. Nothing less is acceptable; not clowning around so as to see happy-sparkles exploding in the air, and not manipulating things so that the leader is the center of attention.

Spiritual leadership is when I am strategically conditioning my realm of influence with those values, resources and biblical truths that empower those around me to be utterly available to the person of Jesus Christ.