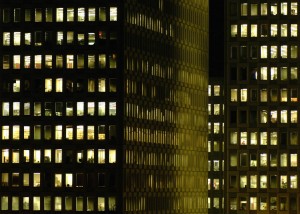 In his book entitled,  An Introduction to Ecclesiology: Ecumenical, Historical & Global Perspectives,Veli-Matti Kärkkäinen referred to the church as the altera civitas, that is, the other city, an idea in which the church is “an alternate community ready to challenge prevailing assumptions about the way of life and beliefs.”

To be such a unique city, to be the altera civitas, there must be a standard by which it may be realized, and the premier standard for a definitive and impacting community is the Triune God. Because God is Community, and particularly Community on a mission, whatever qualities that could make the altera civitas special are found with him. Three of those qualities, or what I would call core values, are authenticity, accountability andavailability. For our purposes now, consider that first one carefully: the quality of authenticity, or being real.

To own this particular core value is to own undisputed credibility. Latent within authenticity is the notion of genuineness; even integrity. Whatever person or thing is said to be authentic is utterly true. Such words perfectly describe the Trinity. Consider, for example, Isaiah 65:16, which twice references God as “the God of truth.” Or, consider Romans 15:8, wherein one reads of Jesus becoming a servant “to show God’s truthfulness, in order to confirm the promises given to the patriarchs.” Furthermore, 1 John 5:6 declares that the “Spirit is the truth.” These select passages reveal the Persons of the Trinity as ones with undisputed credibility. God is true.

With God being true, it is thus obligatory for the church to be such—true to itself, true to God, and true to the world within which it resides. The only way in which the church can be the altera civitas is for it to courageously yet humbly challenge the prevailing beliefs and mores of time and space. It is the church’s radical commitment to truth wherein this challenge is put forward, for this readily distinguishes it from a world perceiving that the only absolute is that there are no absolutes. Adhering to God’s pattern of authenticity is the starting place for such a radical commitment. One prominent way in which the church can practically do this is by harmonizing the reality of its existence in a broken and sinful world with its identity in the person and work of a once-suffering and now resurrected Jesus Christ, who, being true, or genuine, therefore invites the church to be so real. Reaching out as servants to the disenfranchised within a given church’s neighborhood is one example of this, for it replicates the intentionality of our Lord Jesus who, for example, intentionally sought out the man at the Pool of Bethesda in order to heal him (John 5:1-17).

As such harmonization takes place, those passing by the altera civitas will have to deal with the compelling (though, perhaps at times repulsive) reality that the God/Man, Jesus, is genuinely on display, in real time, by redeemed rebels . By dealing with him they are then forced to reckon with all that Jesus Christ represents. They may choose to keep going, or they may choose to enter into the city. But as the altera civitas is the true portrait of the Incarnate God before whom all will one day bow (Philippians 2:10), they will make a decision. And it is the authenticity of those displaying Jesus that rightly creates this tension, as well as the correlated invitation for all passers-by to come.