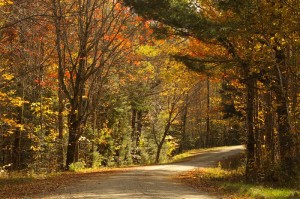 “We walk the same road.”

These five words could have solemnly been offered by Mark, the writer of the second gospel narrative found in the New Testament, to the frantic Christians coming to him for help because of the persecution they faced in Rome. “We walk the same road . . . the road Jesus walked.”

Indeed. After all, that is what it means to be a disciple.

There are a handful of vital themes defining the Gospel of Mark, and one of them is the call to discipleship; the call to follow after Christ. This invitation felt really good on the sunny afternoon along the windswept shores of the Sea of Galilee, when Jesus stopped and called out to the likes of Peter and Andrew and James and John. “Follow me,” he said to them, “and I will make you become fishers of men” (Mark 1:17). This was unheard of, actually. Jesus already had a reputation for being a captivating rabbi. Typically, rabbis would not invite students to come close. Rather, the students would identify a rabbi to follow and then attach themselves to him—forever really. But Jesus was more than a mere rabbi. Here Jesus reached out to them, something much more prophet-like than rabbi-like. Mark 1:18 describes the response of Peter and Andrew: And immediately they left their nets and walked the same road as him.

All of us who are believers in Christ talk about this. We find pleasure and some identity in this. Walking the same road as Jesus might bring to our minds joy and hopefulness and good manners and altruism. But what if it led to death? Would we still wish to go along?

Mark 10:32 is striking. “And [the disciples] were on the road, going up to Jerusalem, and Jesus was walking ahead of them. And they were amazed, and those who followed were afraid.” The text goes on:

And taking the twelve again, he began to tell them what was to happen to him, saying, “See, we are going up to Jerusalem, and the Son of Man will be delivered over to the chief priests and the scribes, and they will condemn him to death and deliver him over to the Gentiles. And they will mock him and spit on him, and flog him and kill him. And after three days he will rise.” (Mark 10:32-34)

But did the disciples sign-up for this particular road? Did they really understand that to walk the same road as Jesus would mean to walk the road to the cross? Was it evident to them when they stepped out of their boats and followed after Jesus that difficulty and death would be such large aspects of their collective journey—indeed could even be the end of the road?

Did you know this? Sadly, American Christianity does a deplorable job of making this reality clear. It seems that we are all about spiritual cotton-candy and lollipops, emotional therapy, feel-goodism, and being neighborly. But that is not even close to the real pathway of the disciple.

Mark 1:17-18 lays out a simple pattern for discipleship. An invitation comes, such as Jesus offered Peter and Andrew. With a sense of urgency the men respond, transferring that which defines them from boats and nets and fish to Jesus and his agenda. They choose to walk the same road Jesus would walk. So far so good. But the pattern develops more fully as one gets closer to Jesus and sees more clearly that his road leads to death. And if his road leads to death, and if we walk the same road, then guess what? It leads to death for us too.

Mark’s mentor and spiritual father, the Apostle Peter, no doubt helped Mark grasp the total reality of being a disciple or follower of Christ, as evidenced by his words in 1 Peter 2:21: For to this you have been called, because Christ also suffered for you, leaving you an example, so that you might follow in his steps.

These things said, there are some select reflections on discipleship worth passing along. First, true discipleship does demand an immediate and obedient response. Jesus gave the invitation, and “immediately they left their nets” (Mark 1:18). Secondly, true discipleship does require a shift in what defines us. By leaving their nets behind, Peter and Andrew were not repudiating a worthwhile past. They were simply declaring that they were no longer defined by that past. They were now defined by their association with Jesus.

Thirdly, discipleship by definition means to walk the same road as the Master Jesus. No matter where the road takes us. No matter how hard it is to travel. Fourthly, discipleship may provoke fear. After all, it is costly, and there are many unknown turns and twists in the road. Fifthly, true discipleship may yield death. We must understand that since the cross is where Christ went, we may end up there too. But that does not sell well in the musty narthexes of American churches.

The Roman Christians came to Mark because they were being terribly persecuted and they wanted a reminder that this whole Jesus thing was worthwhile. Mark’s response, in effect, through his historical account is simply this: we signed up to follow the same road as our Lord, and though painful, his death gave way to good, as shall yours.
* * * * * * * * * *

“Write This Down” is a summary of select teaching moments offered by Pastor Matthew. The preceding summary is from the message “A Call to Follow,” the fourth message from the series entitled “Church on the Edge,” a study through the Gospel of Mark, presented on the weekend of October 21, 2012, at Bethel Church.