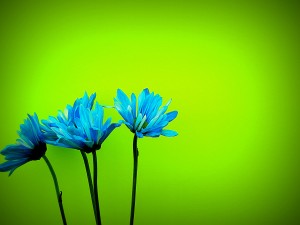 Jesus’ movement to the Sea of Galilee was not mere happenstance, and it was much more than simply finding friends with whom to hang out. Indeed, Jesus put into motion not only an eternal mission for humankind, but the template for a very personal journey that every man and woman who is willing should and can take. Broadly speaking, there are two things to address. To help, carefully read Mark 1:16-20.

Passing alongside the Sea of Galilee, he saw Simon and Andrew the brother of Simon casting a net into the sea, for they were fishermen. And Jesus said to them, “Follow me, and I will make you become fishers of men.” And immediately they left their nets and followed him. And going on a little farther, he saw James the son of Zebedee and John his brother, who were in their boat mending the nets. And immediately he called them, and they left their father Zebedee in the boat with the hired servants and followed him.

The first thing to highlight is a set of complex ideas embedded within the simple words, “Follow me, and I will make you become fishers of men.” A brief grammer lesson would be useful here. The specific phrase “I will make” serves as a vital declaration that the actions of Jesus Christ parallel the creation activity of the Eternal God as seen in Genesis 1:1. Indeed, in the Septuagint (the ancient Greek translation of the Hebrew Scriptures) the word for “created” in Genesis 1:1 shares the same root with the word “make” here in Mark 1:17. Just as God crafted the Heavens and the Earth, so too will God craft “fishers of men.” The phrase “I will make” is future active phrase, suggesting a vision that is being cast by Jesus for will in fact happen—the making fishers of men.

Additionally, the specific phrase “you become” (what in Greek is a second aorist, middle deponent) suggests that the process of being a fisher of men is something that is not only undertaken by God but intimately shared by the person being crafted (thus the middle deponent detail). The recipient of God’s crafting work is not a mere passive participant. Rather, the person being crafted participates within the process of being made a fisher of men in a manner that is at once purposeful and progressive. It is a journey that he or she is on; a journey that has no end-time, but is on-going in terms of time. The idea of becoming something—anything—is fully owned by the individual, who applies himself or herself with determination to the cause.

Moreover, that Jesus would make someone to become a fisher of men is more significant that is obvious at first.  In the Old Testament the imagery of the sea as well as the imagery of fishing very often relate to judgment and doom—the sea being symbolic of wickedness (see Isaiah 57:20) and the process of fishing symbolic of acts of actual judgment (see Ezekiel 29:4). With these as a likely backdrop, Jesus shows up at the Sea of Galilee and calls men from the sea, so to speak, which hints toward rescuing them from wickedness and judgment, and assigns them to be fishers of men, which hints toward representing justice. The caveat is that the judgment they represent will have been borne by Jesus on the cross; thus pulling men from the sea turns toward grace and freedom rather than condemnation. This is the new mission for the men Jesus calls in the Mark 1:16-20 passage. Indeed, it is the mission of all who call upon Christ and respond to commands to repent and believe (see Mark 1:15).

The second thing to highlight relates to the application of these ideas. Being that Jesus has designs to make us to be on mission (fishers of men), and we have a responsibility to intimate engage in such a process of development and purpose, how might we think about this journey in real-time? Where might we be on such a journey?

At Bethel Church we have developed a tool to help you recognize not only the value of your spiritual journey, but your current spot along the way. Read through the following material for greater understanding:

Whether you already have a relationship with Jesus Christ or are still exploring, you are on a spiritual journey. The pathway above will help you see where you are and identify next steps. Bethel Church wants to come alongside you on your spiritual journey. Join us as we take next steps on the journey together.

Exploring. You are interested in learning more about Jesus Christ, but do not consider yourself to have a relationship with him. You are exploring what Christians believe, what the Bible has to say, and searching for answers to important life issues.

The Cross. This is the turning point of your journey. You believe Jesus is God’s son and that his life, death and resurrection paid the penalty for your sin. You are now secure in an eternal relationship with Christ.

Beginning. You have begun a new life in Jesus, but you may still have plenty of questions and even some confusion about what it means to follow him. God, through his spirit living in you, is giving you a growing desire to know him and be like Christ.

Growing. You have a growing realization of God’s unconditional love for you. As you get to know him through spiritual habits like prayer and the study of God’s word, you are moved to greater obedience. You are actively involved in community with other Christ followers and serving others using your talents, gifts and abilities.

Multiplying. You are intentionally making disciples who make disciples. You desire to see everyone have a growing relationship with Jesus Christ, and motivated by his love, you are investing your life into those who already know him and those who don’t.

Where are you on your journey? Regardless of where you are remember two powerful things: first, the Lord Jesus is ready to craft you into becoming the very best  you you can be, with the purpose of helping you influence the lives of others for eternity; secondly, we play a big role as men and women eager and willing, teachable and dependent, engaged and available to the Lord for a lifetime adventure of change and growth.

“Write This Down” is a summary of select teaching moments offered by Pastor Matthew. The preceding summary is from the message “Your Spiritual Journey,” the fifth message from the series entitled “Jesus, God’s Beloved Son,” a study through the Gospel of Mark, presented on the weekend of December 2, 2012, at Bethel Church.