“Write This Down…” provides a restatement of selected points or observations from various teaching venues at which Pastor Matthew speaks. The following material is from Pastor Matthew’s sermon entitled, “Savings for Harvest and Famine”, part of the series called “Momentum,” the weekend of November 14, 2010 at Bethel Church:

Proverbs 21:20 tells us that “precious treasure and oil is found in the house of the wise.” Clearly, saving resources is recognized by God as a wise thing to do. The Old Testament story of Joseph and the famine in Egypt—found in Genesis 41:1 and following—offers a helpful portrait of people saving for harvest and famine.

At least three realities stand out from the text of Genesis 41. First, saving money is an absolute necessity. Ecclesiastes 11:2 tells us to “give a portion to seven, or even to eight, for you know not what disaster may happen on earth.” Understanding that life sometimes turns messy, that we should expect the unexpected, we must be about the business of saving resources. Medical emergencies, replacing transmissions, the funeral that suddenly appears on the calendar in another state—these things and more demand that we save. 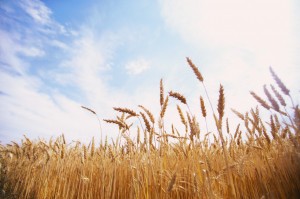 Secondly, saving money is an act of the will. It is a decision that we make and then act upon. It is the manifestation of a real plan. In Genesis 41:34 we see Joseph recommend to Pharaoh that 20% of the nation’s grain be set aside during the anticipated seven-year period of abundance, with the expectation that what is set aside may be tapped into only during the famine anticipated during the time following the good years. Money does not appear accidentally. One needs a plan! Personal budgets and regular meetings to process financial realities make a huge difference. From Joseph’s particular approach three things are understood: timing is everything, decisions made in abundance will aid you in times of scarcity, and emergency savings must be kept separate from everything else.

Thirdly, saving money protects and empowers your family and others, especially during difficult times. Proverbs 13:22 tell us that a good man leaves an inheritance to his grandchildren. Saving money adds security to the family tree. When resources are saved it empowers during difficult times and allows for abundance to be shared with those in need. It blesses others.

Work up the plan. And then let the plan work for you and others.