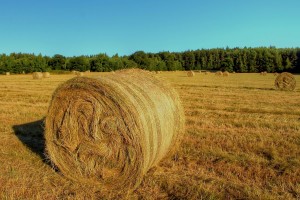 I have been asked to weigh in on North Dakota’s upcoming vote regarding Measure 1. Measure 1, as put forward on the ballot, states:

This constitutional measure would create and enact a new section to Article I of the North Dakota Constitution stating, “The inalienable right to life of every human being at any stage of development must be recognized and protected.”

YES – means you approve the measure stated above.

NO – means you reject the measure stated above.

The only responsible choice with regard to Measure 1 is a “YES” vote. If you must vote early, please be certain that “YES” is the vote you cast. If you go to the polls on election day, then please mark “YES.” Allow me to share at least two reasons.

First, a “YES” vote for Measure 1 reflects good and timeless North Dakota values. The people of North Dakota care deeply for their neighbors and strangers alike. Just last week I had pulled over onto the shoulder of the road near my home to engage more deeply in a telephone conversation. While sitting there, two people slowed down or stopped to see if I were okay and needed anything. This happened within a span of about five minutes. As simple as this is, it says something about the spirit of our people—a spirit of genuine concern for the well-being of our neighbors. I have lived elsewhere and not necessarily experienced such generosity. That said, what happens elsewhere is somewhat beside the point. What matters is what happens right here in our own community, our own state, our own region. We are a caring people. Strongly affirming a measure within the North Dakota constitution that takes our generosity to “every human being at any stage of development” is not only consistent with who we already are, but a terrific example to the rest of our country, many of whom already have a keen eye on things going on in North Dakota. Besides proving to the world that we work hard, play hard, have plenty of oil and natural gas, and the finest ag industry on Earth, let’s demonstrate without any hesitation that we care about people—all people, no matter their stage or level of development.

Secondly, a “YES” vote for Measure 1 gives deference to life—life become the default pattern for North Dakotans. One would think that giving deference to life is so obvious that it is not even necessary to talk about it, much less enshrine it in our state’s documents. We all know, however, that there are organizations scattered far and wide, predominately from out of the state of North Dakota, that are committed to values that lack the generosity mentioned in the above paragraph. These organizations—such as the National Abortion Rights Action League (NARAL)—want us to believe that humans do not have an inalienable right to life at any stage of development, and they, along with others, are pouring tons of money into North Dakota to have their limited view prevail. Indeed, here is what NARAL has to say about North Dakota’s upcoming ballot opportunity:

In November, North Dakotans will vote on a personhood amendment that would define life as beginning at conception. Should this measure pass, it would effectively ban abortion in almost all cases, outlaw some of the most common forms of birth control, restrict fertility treatments such as in-vitro fertilization, and forbid stem-cell research. While “personhood” proposals have appeared on the ballot in several states, they have all failed.

But note that even their own language gives deference to life. They write that should the measure pass it would ban abortions in “almost all cases, outlaw some of the most common forms of birth control” and “restrict fertility treatments” (italics mine). Almost . . . some . . . restrict. “Almost” is not absolute. “Some” is not absolute. “Restrict” is not absolute. While we must concede that these words are diminishing in nature, NARAL’s own language implies that a “YES” vote for Measure 1 would not absolutely hinder their agenda. This begs a serious question. If Measure 1 still does not absolutely hinder their agenda, why are they so determined to fight it? Is it because there is something more insidious going on than merely limiting abortions or research? Are there really people out there that are so hardened that any deference to life is unacceptable? If these things they feel so strongly about are not absolutely limited (according to even their own language), then why fight the “inalienable right to life of every human being at any stage of development”? Why not, then, give deference to life, no matter what?

I do not necessarily have  an answer to why folks from beyond North Dakota are so determined to stand in the way of recognizing and protecting human life at every stage of development, but I know this: that is not the North Dakota way. Life, no matter the stage, matters. And affirming such also matters.

That is why the only vote to cast for Measure 1 in the upcoming election is a “YES” vote.