A King, A Fisherman, and an Old Woman 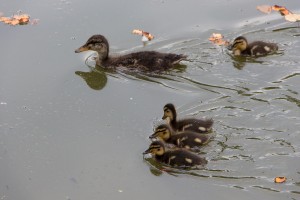 It is vital to note that making disciples is a lifestyle, and not a program or an event. This is an important detail, particularly for a church family that does indeed have lots of programs and host lots of events, both big and small. Events and programs may be used for the purpose of making disciples, but they are not the core pieces. They are nothing more than vehicles. Discipleship is not something the church organizes. It is something followers of Christ are. It is the essence of being a believer. It is a lifestyle that influences. Consider this very important definition of what it means to be a disciple: it is deliberately moving toward Jesus and taking others with me.

It is a lifestyle.

Three individuals in God’s Word exhibit this lifestyle very well—David, Andrew, and Anna. Second Samuel 9 tells the story of King David wanting to give away the loyal, lovingkindness (the Hebrew chesed appears three times in 2 Samuel 9) of God to someone in honor of a commitment he had made to a friend. Contrary to what we imagine were the dissenting voices of his inner circle, King David invited the grandson of his now-dead archenemy Saul, a disabled man named Mephibosheth, to “eat at [his] table always” (2 Sam. 9:7). This man of high position, with nearly infinite resources, gave particular attention to one individual, inviting him into his home and letting him sit at his table for the remainder of his life. King David created an opportunity for Mephibosheth, an opportunity whereby Mephibosheth could move toward the Lord with King David. King David was a man after God’s own heart, captivated by the Lord, moving toward the Lord and taking others with him.

John 12 reminds us of a man named Andrew who was one of the twelve who followed Jesus. Indeed, every time we see Andrew in the gospel account he is taking people to Jesus. John 12:20 and following tell of some Greek-speaking men who wanted access to Jesus. They approach Philip, another of Jesus’ twelve disciples (they approach Philip probably because Philip was a Greek-influenced Jew), and Philip went to Andrew, who then made the connection to Jesus on behalf of the men. In fact, in John 1 we discover that it was Andrew who first introduced Peter to Jesus (see John 1:40-42). Whereas King David was a man of high position who created an opportunity for one particular man, Andrew was a man of low position—a rough hewn blue collar fisherman—who connected the dots for many people as the opportunities arose. Andrew was a man who sought God, was captivated by the Lord, moving toward the Lord and taking others with him.

Luke 2 highlights an elderly widow named Anna, who “did not depart from the temple, worshiping with fasting and prayer night and day” (Luke 2:37). One day, while moving through the Temple courtyard, she stumbled upon the infant Jesus and his mother Mary and her husband Joseph, who had brought the child to the Temple to be dedicated. I imagine that she swept the little boy into her arms and began to excitedly tell anyone who would listen that “the redemption of Jerusalem” (Luke 2:38) had arrived. Unlike King David, who was a man of high position and able to create an opportunity for one particular man, or Andrew, a man of low position who was able to connect relationships together by virtue of his own availability, Anna was a person of no real position whatsoever, an old widow who essentially lived within the shadows of the Temple. It would appear that the best she could do was simply capture the moment handed to her, leveraging that moment to tell the story that the Redeemer had arrived. But this was clearly sufficient, and vital. Anna was a spiritual giant who with a winsome twinkle in her eye captured an opportunity to share about the Savior to anyone who would listen. It was perhaps scattered, but it was clear. She was moving toward the Lord, and taking others with her.

These three individuals are very different from one another, yet each one moved toward the Lord and took others with them—the essence of true discipleship. It is noteworthy that we have not focused on some program or event. There is no curriculum that has been distributed or best-selling book by some celebrity pastor that has been read. These are people who woke up each morning just like you and I do today. Each one had his or her own personal dramas, his or her own needs for complete dependence upon the Lord. None of the three had “arrived,” whatever that means. They were toiling along through life just like the rest of us. It is just that as they did, they moved toward the Lord and took others with them. Consider these simple take-a-ways:

First, each one was first and foremost dedicated to growing in the Lord. King David’s life is marked by a deep hunger for God. Andrew was clearly interested in pursuing the Messiah. Anna spent her days worshiping God with fasting and prayer. How spiritually hungry are you?

Secondly, each one was intentional in telling God’s story. They pursued this differently from one another—one creating an opportunity, one connecting many dots, one simply capturing a serendipitous moment—but what they all have in common is how deliberate they were about taking others with them to the Lord.

Thirdly, each one chose to simply be himself or herself. They did not pretend to be people that they were not. One was a rich king, one was a blue collar laborer, and one was an old widow. I love how they just chose to be themselves. I think God rejoices over such.

Next, each one was committed to people, and not some program or event. I love their focus on people. We must never, ever let programs or events cloud our love for people.

Lastly, King David, Andrew, and Anna were simply living their lives. Their investment in those around them, moving toward the Lord and taking others with them, was for them a lifestyle, not some weird obligation, duty, or program of which they were apart. It was who they were. As it should be for you and me.

The essence of being a disciple is moving toward Jesus and taking others with us. It can look like a lot of different things, but has this movement toward the Lord as a baseline. When all is said and done, this is what we are about as Christians.

Is it what you are about?

“Write This Down” is a summary of select teaching moments offered by Pastor Matthew. The preceding material is from the message “A King, a Fisherman, and an Old Woman,” part one of the sermon series entitled, “Follow Me,” a study on being a disciple who makes disciples, presented on the weekend of September 21, 2014, at Bethel Church.

1 thought on “A King, A Fisherman, and an Old Woman”