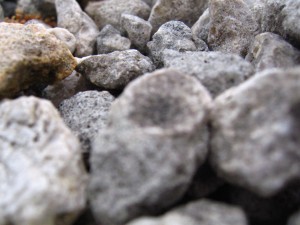 I have had a couple of questions recently from folks wondering how to process difficult Old Testament legal requirements relative to today’s moral climate. Below is an excerpt from an email I sent in response to such a question:

Thank you for your email. You are asking a very important question. Let me attempt an answer that I trust will be helpful. If it is not, please come back to me so I can clarify. I want to help.

In general there are two issues brought up in your concern. One relates to the broader understanding of the moral basis of the Old Testament laws and the perceived atrocities therein. Do we really want to honor a God who has us stone an adulterer or wipe out a civilization? The other issue relates to the particular matter of sexuality today, in light of Old Testament values, whether real or perceived. Here are some reflections:

First, we have to remember the scenario in which the Old Testament laws were presented. The people of Israel had undergone over 400 years of brutal enslavement. Their sense of human dignity was extremely broken, and their appreciation of true righteousness was very limited. They had not only been a terribly oppressed people group, but one that was forced to exist in a pagan context that itself was exceedingly harsh, brutal, and without any genuine respect for human dignity or life.

This was the world in which they lived, so when they were able to depart from Egypt there needed to be an intensive for them regarding matters of genuine holiness, dignity and order. I have long been convinced that one of the purposes of the Old Testament Law that God gave Moses and the Israelites was to equip them to recognize (or, perhaps better, re-recognize) the stark distinctions between God’s righteousness (good) and man’s wickedness (bad). In this way God and his goodness could penetrate the profoundly evil context of the world in which they not only lived but which they had come to believe was all there was. Two important considerations must be offered here: 1) we cannot begin to appreciate the deeply wicked nature of the environment in which they existed, and 2) we generally remain oblivious to the true nature of depravity/sin. With regard to consideration #1, even the supposedly worst notions of justice (stoning the adulterer or destroying villages) was contextually better than the more wicked values of the societies, and were used to not only reinforce a much-longed-for justice within the moral fabric of the Hebrew people, but helped them see a distinction between right and wrong within the context of their day, which had the effect of bringing order out of the chaos of their day. Regarding consideration #2, when we better appreciate the essence of depravity, we realize that it often takes atrocity (or what we might feel like is atrocity) to deal with greater atrocity. The crucifixion of the righteous and sinless Jesus so as to deal with sin is an example of this.

About this thinking, William Lane Craig, a scholar who deftly weighs into these things, offers this on a blog post: “One of the positive features of Paul Copan’s book Is God a Moral Monster? . . . is his emphasis that Old Testament laws were historically conditioned to a particular people at a particular time and a particular place and were never intended to be timeless ethical principles that would govern all peoples at all times under all circumstances. God gave ancient Israel laws that were suited to their historical circumstances, even if they didn’t express His moral ideal” (see here for more).

One additional note on the broader topic of Old Testament morality is that we must never forget that much of the experience and exhortations relating to the Old Testament law were to remind us of the raw nature of sin and our desperate need for a Savior. The Law was never designed to provide moral resolution, but to amplify our hunger for moral resolution, a hunger ultimately met by and in the person of Jesus Christ.

Regarding the more particular matter of sexuality today in light of the Old Testament values it is important to suggest that the singular standard throughout the Bible, both Old Testament and New Testament, for sexual purity and preference is always one man and one woman in a covenant marriage relationship. Anything that departs from that is settling for less than God’s best. Indeed, the very Jesus who protected the woman who was to be stoned for adultery, and, in so doing condemned her accusers (see John 8), is the very Jesus who unequivocally affirmed that one man-one woman covenant scenario that was first presented in Genesis 1-2 (see Matthew 19). While God (through Christ Jesus) might respond to sin differently depending on the broader moral/historical context (stoning versus not stoning), the conviction regarding God’s standards remains the same.