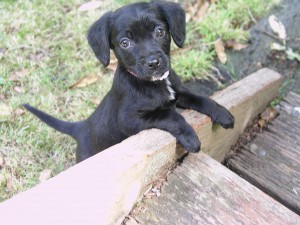 Trust is everything. When trust exists between people, within families or organizations, large or small, there is significant room for both empowerment and failure, unity and general well-being. However, when trust is not present, there exists at least a profound measure of insecurity and at most the dehumanization of the those involved. Everything is in disarray. Consider the following simple reflections on trust.

Trust is not about the presence of perfection. Sometimes we do not extend trust because the slightest infractions of those to whom we might grant trust breeches our sense of confidence. Yet except for Jesus Christ no one is perfect. If the standard for extending trust is the perfection of the recipient then we are dooming every person and every opportunity to abject failure. No context can effectively sustain such an environment. Indeed, an environment in which there is freedom to fail might actually enhance trust, for within that environment people are empowered to learn from mistakes, demonstrating teachability and humility, and they may indeed achieve greater success because thoughtful responses to failure often procure greater victories for products and people and practices.

Trust is not about position. Sometimes we assume that because an individual has a title or a pedigree that he or she automatically should be trusted. Now it is generally acceptable to give measures of trust to someone with a particular title or position because there is an appropriate expectation that a healthy vetting process has taken place as a precursor to someone accepting some position or title. The CEO or the pastor or the administrative assistant or the union boss has probably had some degree of appropriate scrutiny that invites at least a superficial level of confidence from those surrounding him or her. But the person in the role must not ever presume that he or she has that trust. This is a delicate dance. Presumption on the part of the positioned person can betray a sense of naïveté or arrogance. Withholding even a superficial measure of confidence toward the positioned individual can betray a sense of immaturity and pettiness. Somewhere in between these spots is that place where the positioned person works to earn trust and the follower seeks to give grace.

Trust is earned. Building on the aforementioned dynamic is the core recognition that trust is ultimately something to be earned. For the one needing to earn it, the beginning place is an equal amount of genuine personal humility and genuine care and, dare I say love, for others. Someone who is authentically selfless and other-centered can earn significant measures of trust, especially over the long-haul. Initially such altruism is often viewed skeptically because it is so generally rare. Indeed, there may even be a season when “trust capital” decreases because such altruism is perceived as manipulation or simply fake. But then there typically comes a turning point wherein people begin to sense the realness of the humble and selfless individual. Once that turn is made the investment of trust capital quickly takes off and compounds exponentially as time unfolds. But make no mistake about it, it is something to be earned, and being good at something is often not the key. Lots of smart people are not trusted. They may be brilliant and seasoned, but they do not have the confidence of those around them. Humility and selflessness usually are greater assets.

I have many more thoughts about trust that could and should be said, but these few pieces are enough for now. One departing thought, however, should be offered, and it is important to note: people are starving to trust someone who will not let them down. This reality explains the anger and frustration of the Occupy Wall Street movement, the Tea Party, and no end of men and women making up the emerging generation. When there is so much distrust out there in our society, it is because deep down there is a great hunger to meaningfully trust someone or something that actually works, cares, and satisfies. When we miss this reality, we miss everything.

“Write This Down…” provides a restatement of selected points or observations from various teaching venues at which Pastor Matthew speaks. The preceding material is from Pastor Matthew’s message entitled, “Trust is Everything,” presented at the Fargo-Moorhead PowerLunch on February 9, 2012, at Bethel Church, and an excerpt from a working draft for an upcoming book regarding the power of trust.