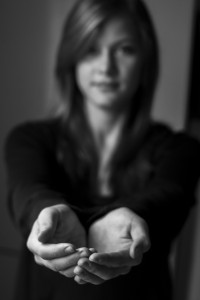 Our brief series entitled, Warrior: A Study of Biblical Womanhood,  may be summarized in a simple statement: women are ezer-warriors, to be reckoned with, bearing God’s image, and, called to change the world. It is the final part of this statement that captures our attention today.

Esther is a powerful example of a woman who bested numerous cultural expectations with a ezer-warrior, God’s-kingdom mindset. In so doing she embodied the greatest spirit of an image-bearer, the crown of God’s creation ruling over the created order for the glory of God. In the face of her greatest challenge—squaring off against the world’s most powerful rulers—she came to realize that God had called her to such a moment (cp. Esther 4:14).

Her background suggests the limits she overcame. She was an orphan, raised by an uncle. She was sexually trafficked by the authorities, “tried out” by the king, and ultimately brought to the king’s side as his queen-consort. Her whole world was contained within the confines of Persia’s royal court, and specifically within the expected norms for a woman who was essentially powerless and celebrated only at the king’s whim. Indeed, she could not even approach him on her own lest she be executed. In this regard her world reminds us of the general world of many women whose lives are defined by those around them, who are generally powerless, and whose influence is tiny.

Circumstances forced her to consider the world beyond her tiny sphere. The king of Persia had agreed with his prime minister to butcher all of the Jews. A great fear spread among the people of Persia, and a longing for speedy justice grew. Esther’s uncle prodded her to leverage her position as queen to address the pending atrocity. It is noteworthy that he could only encourage her, speak truth to her, pray for her; but he could not act above her. Indeed, he had to surrender to the reality that she was more pivotal in the cause to bring about justice. In this sense he is a terrific role-model of a man seeking to celebrate God’s ezer-warrior. Ultimately, through some captivating court-intrigue, and after Esther put herself (and her life) forward for a cause far greater than herself, God’s mercifully made the king favorable toward Esther and he redirected his plan.

The Jewish people were spared.

A handful of observations must be made regarding Esther and the choices she made.

First, though her plight as a woman was common enough, and culturally confining, she chose to be Kingdom-minded. She rose above the normal structures in which she was confined, risking even her life to pursue something bigger than herself and the world around her.

Secondly, she modeled true gospel living, pouring her life into something greater than herself so that others could be free. In this she was a foreshadowing of the Messiah, Jesus, who would later come.

Thirdly, her willingness to be an ezer-warrior allowed people around her—men and women—to flourish. One glimpse at the life of her uncle is more than adequate to demonstrate that by striving for something greater than what was familiar Esther elevated the dignity of the most important man in her world. The same is true of her husband the king. By reaching beyond her comfort zone and calling out injustice, even at risk of her life, she actually gained his favor, and ultimately raised his stature among his people.

Thus, we conclude two important things. First, relationships between men and women are strategic and vital. Esther needed her uncle, and he needed her. Their partnership saved the Jewish race.

And secondly, women have a place every bit as prominent as men in the bringing about of justice and righteousness and order among creation. Indeed, sometimes, their role will be far greater than that of the men.

The very existence of the Book of Esther, and the centuries-old celebration of Purim by the Jewish people, is proof enough that God celebrates such.

“Write This Down” is a summary of select teaching moments offered by Pastor Matthew. The preceding summary is from the message “To Change the World,” the fourth message from a brief series entitled “Warrior: A Study of Biblical Womanhood,” presented on the weekend of September 1, 2013, at Bethel Church.