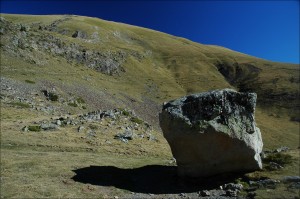 Pay careful attention to the story of Jesus’ formal affirmation of the twelve disciples who would follow after him, as recorded by Mark in the historical account bearing his name:

And he went up on the mountain and called to him those whom he desired, and they came to him. And he appointed twelve (whom he also named apostles) so that they might be with him and he might send them out to preach and have authority to cast out demons. He appointed the twelve: Simon (to whom he gave the name Peter); James the son of Zebedee and John the brother of James (to whom he gave the name Boanerges, that is, Sons of Thunder); Andrew, and Philip, and Bartholomew, and Matthew, and Thomas, and James the son of Alphaeus, and Thaddaeus, and Simon the Zealot, and Judas Iscariot, who betrayed him. (Mark 3:13-19)

Broadly speaking there are two things to be observed. One is the essence of the calling these men had placed upon their lives, and the other is the men themselves. Let us consider these two things, and then conclude with a couple of important applications.

First, let us reflect on the essence of their calling. It cannot be missed that Jesus “went up on the mountain and called” these men. Throughout the Bible moments on a mountain are significant. No wonder we have the phrase “mountain-top experience” in our common language. Whether it be Abraham and Isaac on Mt. Moriah (see Genesis 22) or Moses and the people of Israel at Mt. Sinai (see Exodus 19) or Ellijah at “Horeb, the mount of God” (1 Kings 19:8), important transactions and transformations unfold with God on mountains. For Jesus to affirm his twelve disciples “on the mountain” infuses some historical, covenantal authority into this invitation to be part of Jesus’ inner-circle. It is one more testimony to God acting among men.

That they were “named apostles” is significant in that it stresses the thrust of their calling. An apostle is one “sent with a commission.” He or she is an ambassador, someone who represents the monarch. These men were called by Jesus to be his representatives. This is no small task or title. And their specific job? They are to be with Jesus, preach, and display authority against evil. Being Jesus’ companion is the notable starting point. It clearly is most significant. Proclaiming Jesus’ very own message is a product of being related to Jesus. Recognizing that this will clash with evil is critical. It will. This is the essence of discipleship. To be a disciple is costly and risky.

Secondly, let us reflect on the men themselves. Peter is clearly the leader of the twelve men, as demonstrated repeatedly throughout the gospel accounts and the Book of Acts. The name “Peter” means “rock,” and may hint toward the nature of his role among the men.

James and John were brothers, the sons of a man named Zebedee. Jesus’ referred to them as “Boanerges, that is, Sons of Thunder,” no doubt because they were temperamental men, a bit rough around the edges. Andrew, Peter’s brother, is mentioned next in the list. Every time we see Andrew in the gospel accounts he is bringing someone to Jesus (for instance, see John 6:8 or John 12:22).

Philip, by virtue of his name, appears to be the only Hellenistic Jew among the group. That means he was heavily influenced by Greek culture, and therefore a man whose presence no doubt brought at least some mild tension for the rest. Bartholomew is often thought to be the Nathaniel of John 1:45-51, and Matthew is most likely the same man as Levi in Mark 2. Thomas, called “the Twin” in John 11:16, must have had a close brother from whom he departed to follow Jesus, and James the son of Alphaeus may have been Matthew’s brother, but we are not completely certain (cp. Mark 2:14). Thaddaeus may be Judas son of James as recorded in Luke 6:16, and Simon the Zealot is most likely a Jewish freedom fighter—what we today might think of as a religious terrorist. One can only imagine the tension between him and, say, Matthew the tax collector, both men representing completely opposing political and cultural persuasions. Finally, of course, is Judas, from the Judean community called Kerioth, making him the only non-Galilean in the bunch. He was, as we know, the betrayer of Jesus.

Tracking these men throughout the gospel narratives reminds us of a handful of important and timely applications. One is that life is a whole lot about process and the journey as opposed to the destination. Jesus was seeking to build men and not merely manage moments. One fine case in point is John. Early on known as the Son of Thunder, he was, by the end of his life, known as the Apostle of Love. He had come a long way!

Another application is that the ebb and flow of failure and success in no way threatens Jesus. Sometimes these men really got it, were fabulous in their trust and in their service (see, for instance, Mark 8:27-30, and Peter’s confession about Jesus), and at other times they completely blew it (see Peter’s denials of Christ in Mark 14:66 and following). Jesus is not rattled by this fluidity.

One final application, for now, is that there is value in a “gather-and-scatter” dynamic. Jesus invites the men to be with him, and then sends them out to serve him. They come back, spend more time with him, and then go back out again. What a great role model for us.

“Write This Down” is a summary of select teaching moments offered by Pastor Matthew. The preceding summary is from the message “The Twelve Apostles”, the sixteenth message from the series entitled “Jesus, God’s Beloved Son,” a study through the Gospel of Mark, presented on the weekend of April 21, 2013, at Bethel Church.