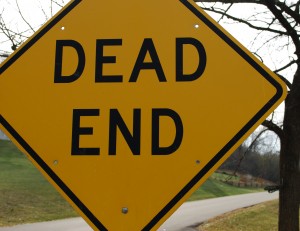 Tension filled the air. Jesus and his disciples were making their way through one of the lakeside villages along the Sea of Galilee, and as they were moving along representatives from the Pharisees and their ilk confronted Jesus with the goal of utterly ruining him before the crowds. Consider the account, as told by Mark in Mark 8:11-13:

The Pharisees came and began to argue with him, seeking from him a sign from heaven to test him. And he sighed deeply in his spirit and said, “Why does this generation seek a sign? Truly, I say to you, no sign will be given to this generation.” And he left them, got into the boat again, and went to the other side.

There are a handful of helpful observations worth bringing forward, and then three simple points of application. Let’s begin with the observations.

First, by asking for a sign from Heaven the Pharisees are really wanting some proof from God himself that Jesus is legitimate. Keeping in mind that they have had nothing but one miracle after another performed in front of them for some time, it is not merely more miracles that they are looking for. Their goal is to receive something that either more firmly establishes Jesus as the authentic emissary sent from God, or to confirm their own personal conviction that Jesus is a fraud. The thing beyond the miracle itself might be some word from Heaven, or some wonder of such magnitude so as to eliminate any doubt whatsoever. That their goal was “to test him,” reminds us that their motives were dubious. I think that they really thought that Jesus would fail. If he performed something that brought about awe (say, another miracle), then they would continue their mantra that he was in cahoots with Satan. If he failed to perform anything then they would declare him to be a fraud worthy of stoning, like the false prophets of old. In their mind they had the perfect trap.

Secondly, Jesus’ sigh is very important. This is the only time that this particular word is used in the New Testament, and it suggests a really deep kind of pain. I think that Jesus was expressing tremendous grief because of the Pharisees; that is, he was irritated with them because of their duplicity and it created grief for him. But I also think that Jesus was expressing grief on behalf of the Pharisees—for them. Despite his irritation, he loved them and cared for them and wanting something better for them. That they were blind to what was better was breaking Jesus’ heart.

Jesus’ reference to “this generation” is a signficant feature of this passage. The Pharisees would have instantly understand the import of that word, for it evoked for every serious Jewish student the patriarchal and ancient tribal generations of the Israelite people. In particular, it was a concept or word employed by King David in Psalm 95:6-11 that there was used to refer back to the Israelites who complained against God in the wilderness. Exodus 17:7 finds the ancient people bitterly complaining as to whether God was legitimately for them: Is the LORD among us or not? When Jesus used the word “generation” the Pharisees would have found their minds wandering back to that era, to that question, and to the circumstances of the people who doubted God despite all that he had revealed to them in their delivery from Egypt and so forth. In effect, Jesus was declaring that the Pharisees were just like that crowd—hardened whiners who were choosing to be blind to the marvelous displays of God’s grace, the magnificent proofs of his benevolence. Or, to quote King David from Psalm 95:10, “They are a people who go astray in their heart.”

Relative to all that Jesus had been doing leading up to this confrontation, the Pharisees’ questioning was absurd. There is an interesting parallel to the experiences they have had up to that confrontation, and the experience of the Israelites of old. Both witnessed God setting captives free (for the people of old it was liberation from Egypt, and for the Pharisees it was people being healed from demonization or disease). Both witnessed God feeding the people seemingly unending bread (for the people of old it was the manna that was found on the ground, and for the Pharisees it was the vast crowds fed by Jesus in the two wilderness feedings). Sadly, both, despite these clear testimonies to God’s legitimacy, followed these momentous things with critical and haughty questions.

The right, timeless, overtly theological response to the Pharisees and people like them is simply this: Duh! How could they not already get that Jesus is special, and that the things he does and the person he is serve as an exact representation of the Covenant God who delivered the Israelites of old from their slavery in Egypt? The question, “Is the LORD among us or not?” is easily answered, when looking at Jesus, with a hearty affirmation: Yes, he is indeed!

Which demands three things of us disciples. First, we must be watchful for the ways in which our Lord God works in our midst. Pay attention to the little things. See his fingerprints all over the lives of those around us, as well as our own lives. Secondly, we must be worshipful of him who moves among us so faithfully and lovingly, transforming our lives by one degree and then another. Lastly, we must be witnessing to the world of the great movement of God in our midst. God is among us.

“Write This Down” is a summary of select teaching moments offered by Pastor Matthew. The preceding material is from the message “The Sign,” part four of the sermon series entitled, “Signs,” a study through the Gospel of Mark, presented on the weekend of February 16, 2014, at Bethel Church.