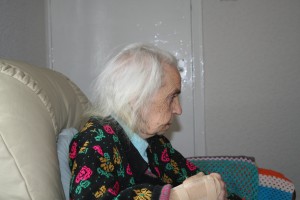 I am still very disturbed by Pat Robertson’s comments that divorcing your mate because she may be struggling with Alzheimer’s Disease is okay. For those of you who missed it or cannot believe he might have actually said it, click here. Not only do his comments provoke some personal pain for me, particularly because of the manner in which I have seen my own in-laws live out the Alzheimer’s journey with such dignity, but his comments also highlight yet again a terrible detail about the culture of death in which we live. Robertson declared that Alzheimer’s is a “kind of death.” His logic is that a mate with Alzheimer’s has essentially died and therefore one should feel free to move on from that mate, much like a widow is free to go forward when her husband has actually passed away.

Indeed, let me make life all about me. Being pregnant is inconvenient so I will end the pregnancy. Being married to a woman with Alzheimer’s is inconvenient, so I will divorce her and go pursue someone more physically and emotionally vigorous. It won’t be long, I suppose, when Pat Robertson and others like him will weigh in from their studios and thrones telling us that paraplegics and those with AIDS and the mentally challenged are essentially dead. Oh, they may be breathing still, but their conditions render them inconvenient, so let us reckon them dead. After all, I need to be happy and unconstrained by the messiness of depravity and fuzzy death-like realities. Thus, let us leave them in the dust. To reflect Robertson, just “make sure [they] have custodial care and someone looking after [them].” That’s real nice of you, Pat.

I thank God that so many leaders within the church, ranging from the exceedingly remarkable Joni Eareckson Tada to a host of pastors and academics, are calling out Robertson for his shameful words. Yet I am overwhelmed with grief that the need even exists to call him out. Has America’s culture of death and narcissism become so powerful that even our own perceived sages are buying in?