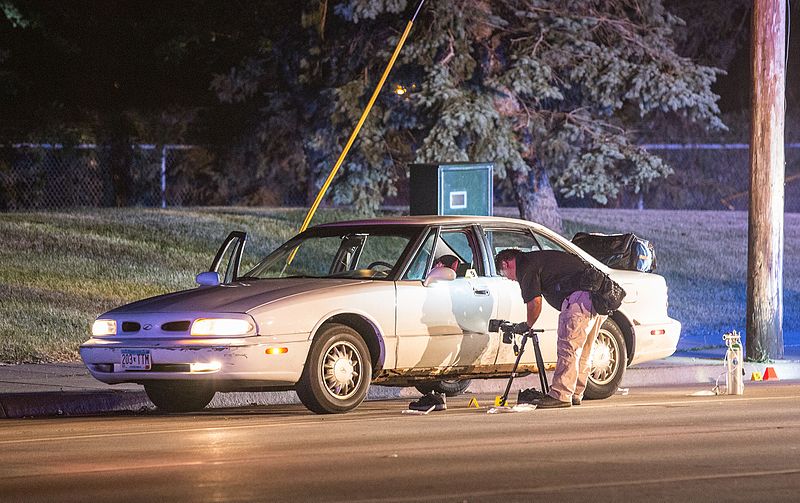 Today in the Twin Cities a jury determined that Officer Jeronimo Yanez was not culpable in the death of Philando Castile when the officer shot him in the summer of 2016 during a traffic stop. For most of my African-American friends this is a verdict that is consistent with their expectations. It is no surprise. Their grief and pain is very deep, and very real.

As the lead pastor of a large majority-culture church in the Minneapolis-St. Paul community, I cannot appeal strongly enough to my own majority-culture community that we lean in and truly learn of the deep, collective pain found among our African-American neighbors. Philando’s death, and the experience that followed it, is tragic enough, but the emotions it produces for our African-American friends are not isolated. This whole matter is one more reminder that our African-American neighbors live with an array of fears: fear that their bodies are vulnerable, fear that the systems of life leave no meaningful space for them, fear that justice is elusive, and fear that their voices do not really matter. Verdicts like that handed down today only deepen these fears. Just ask any African-American family about “the talk” they are compelled to have with their children about police, and you will begin to sense how deep this truly is—a striking reminder that within the broad narrative of the African-American experience displacement, debasement, dismissal, disadvantage, and disrespect have been all too defining.

It is Jesus, of course, who offers wisdom for moving forward. Matthew 9:36-38 tells us that as Jesus moved throughout the community “he saw the crowds, [and] he had compassion for them, because they were harassed and helpless, like sheep without a shepherd. Then he said to his disciples, ‘The harvest is plentiful, but the laborers are few; therefore pray earnestly to the Lord of the harvest to send out laborers into his harvest.'” Yes, these words speak to the intentionality of gospel-proclamation and the countless people whose life can be changed because some—the laborers—go and tell the story. But herein is also a pattern of empathy and care, modeled by Jesus to those paying attention. Jesus reveals how we in the majority-culture might respond to the deep pain found among our African-American neighbors.

First, we in the majority-culture need to see our African-American neighbors. Jesus “saw the crowds.” He paid attention. He did not merely look past them; he saw them. We need to choose to see our neighbors of color; we need to see the world through their eyes. We need to listen to their stories, acknowledge the myriad ways their experiences within society differ from ours, and seek to appreciate the dynamics that have defined their history and continue to define the present. We need to see them.

Secondly, we in the majority-culture must be deeply moved by their reality. The ancient word describing the compassion Jesus had for the harassed and helpless crowd is a word suggesting Jesus hurt deeply in his gut for those he saw. It suggests that suffering erupted within him on their behalf. This is true empathy. We must be people tender enough and teachable enough to be moved deeply within ourselves for the hurts and fears that are so real among our minority-culture neighbors. As the Apostle Paul puts it in Romans 12:15, we need to “weep with those who weep.” Make no mistake about it: our African-American neighbors are weeping. We need to hurt with them.

Thirdly, we in the majority-culture must pray earnestly. When seeing those marginalized and hurting, Jesus called for prayer. Too many in the majority-culture offer the side-eyes at best toward our African-American neighbors when they express themselves regarding their collective journey. Rather than be dismissive of their concerns or complain about yet another protest, let us pray to understand the world through the eyes of our neighbors of color, let us pray to have postures of deep humility and empathy, let us pray in repentance for ways we have contributed to the dynamics of injustice, let us pray for collective wisdom that addresses issues of injustice within our various systems, and let us pray that true dignity and honor would be experienced among all. We must pray.

Finally, we in the majority-culture must move toward our African-American friends with postures of humility, teachability, and an earnest desire to truly know them as fellow bearers of God’s image. This is the “sending” part of Jesus’ wisdom. Most of us in the majority-culture do not have truly meaningful friendships with African-Americans or other neighbors of color. We may engage many in the day-to-day of work and school and so forth, but can we say we truly know them? Is that co-worker or fellow student or neighbor truly a friend? We need to be intentional, not passive. We need to move toward our neighbors of color, engage them in ways that honor them and edify them. We need to humble ourselves and avail ourselves to meaningful relationships where platform and power are not just shared but surrendered.

We need to see our neighbors of color. We need to lament with them. We need to pray earnestly that God would allow us to come together and that true justice would define our engagement. And we need to avail ourselves to meaningful relationships that can enrich us all, create understanding, facilitate justice, and build trust.

The tragedy and lingering trauma relating to Philando Castile and Officer Yanez underscore yet again that we must employ Jesus’ timeless wisdom—not later, but now.

11 thoughts on “Reflections on Jeronimo Yanez and Philando Castile”

When churches convey (explicitly or implicitly) that race & ethnicity are topics they'd rather not talk about, it communicates to ethnic minorities that a *huge* part of their daily lived experience is not welcome or meaningful to God.

Dietrich Bonhoeffer, a man who stood for Christ and against not just Hitler but also the Christendom of his day, penned this benediction from prison: “May God in his mercy lead us through these times; but above all, may he lead us to himself.”