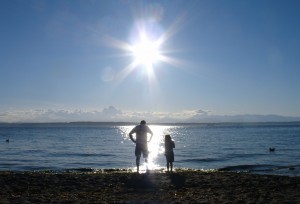 When the Apostle Paul applies his pen to the fourth chapter of his letter to the Galatian Christians, he writes of a most remarkable reality regarding the Christian life. Consider what he says in Galatians 4:4-7: But when the fullness of time had come, God sent forth his Son, born of woman, born under the law, to redeem those who were under the law, so that we might receive adoption as sons. And because you are sons, God has sent the Spirit of his Son into our hearts, crying, “Abba! Father!” So you are no longer a slave, but a son, and if a son, then an heir through God.

Some observations are worth offering. First, God desires to pour out his grace upon broken and messy people. Remember, my definition of “grace” is “guaranteed redemption at Christ’s expense.” To be purchased from our enslavement to sin and shame, and liberated unto a life of freedom and joy, is a marvelous thing. We who are willing to believe upon Christ have been redeemed from under the law. That life lived under the assumption that rules and regulations and ceremonies and rituals could save us is revealed for the fraud that it is. We cannot find freedom that way. God knew this. That is why “when the fullness of time had come, God sent forth his Son . . . to redeem those who were under the law.”

Secondly, the benefit of this redemption is that we become adopted children of our Heavenly Father. We are no longer slaves to sin and shame. We are no longer servants of a harsh taskmaster called “Law.” Because of the death of Jesus Christ, that event which paid our adoption price, we are now reconstituted as heirs of God’s riches, chief of which is a restored and safe relationship with him. Sin no longer seperates us from God. We are positionally established as his children, beneficiaries of his goodwill and mercy. As such, we have all the rights and privileges of those whose forever and securely are part of his home, his family, and his special love. Even our failures as we proceed within our spiritual journey can not nullify our position or status as his adopted children. Thus it is that the Book of Hebrews says that God disciplines us for our good, that we may share his holiness. It is for discipline that you have to endure. God is treating you as sons (Hebrews 12:10, 7).

The Apostle John affirms these things in his gospel account. In John 1:11-13 he writes: He came to his own, and his own people did not receive him. But to all who did receive him, who believed in his name, he gave the right to become children of God, who were born, not of blood nor of the will of the flesh nor of the will of man, but of God. With these words John highlights the reality that our adoption is not by anything that we have done or could do. It is not by the will of man, nor the will of the flesh. It is “of God.” And therein is the entire point of Paul’s argument in the Book of Galatians. We cannot earn our salvation; cannot merit any good standing before God. We cannot be good enough or nice enough or manage well enough lists of rights and wrongs. Such thinking reflects immaturity—the so-called “worthless elementary principles of the world” (Gal. 4:9).

And it is with this reality in mind that the Apostle Paul begs his Galatian friends, wandering as they are from truth, to turn back. “Become as I am,” he writes in Galatians 4:12, remembering that he himself had been a religious prude consumed with rules, only to discover the liberating redemption of Christ that declares him to be an adopted son of the Most High King.

“Write This Down” is a summary of select teaching moments offered by Pastor Matthew. The preceding summary is from the message “Our Remarkable Inheritance,” part of the sermon series “Galatians: No Other Gospel,” presented on the weekend of June 2, 2012, at Bethel Church.