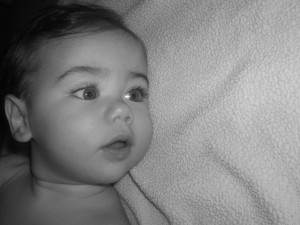 Two headlines really struck me as sick and sad. They speak to a fascination with death and power and narcissism. They speak to the demise of the weak at the hand of the strong. They reflect a justification for self-preservation over and above things more transcendent. Even though the two headlines address two completely different geopolitical regimes—one being Syria and the other being the United States—they affirm one thing: it must be okay to kill off the defenseless and weak.

The first headline comes from CNN and is entitled, “Why the Syrian Regime is Killing Babies.” The very headline stopped me in my tracks. The author, Frida Ghitis, offers this penetrating observation about the motives of Syrian dictator Bashar Al-Assad: The Syrian dictator is trying to restore a balance of fear, perhaps the most powerful weapon in the hands of tyrants throughout history. Killing children is supposed to intimidate the opposition. In those two sentences Ghitis sums up the problem within Syria. In effect it is one man, and the establisment that he has crafted and that he represents, declaring that he will do whatever it takes, no matter the cost, to have his way and ensure his way survives. It is all about him, again, no matter the cost. Thus it is that thousands of his citizens have died over recent months, including, horribly, many tiny boys and girls.

The second headline comes from The Daily Caller through Yahoo! News. The title is “Obama Opposes Ban on Sex-Selective Abortions.” It too stopped me in my tracks. Is this what we have come to—the culture of death in the United States has moved to that place where it is completely acceptable to not only abort babies, but embrace the China-esque approach of killing-off a baby based upon gender? Have we really come so far down the dark path that our president cannot have the courage to oppose a ban on abortions that are motivated by gender-selection? Most of the countries that puruse sex-selective abortions without much pause focus on the termination of little girls. Talk about a war on women. The fact that people even think in these terms is the height of narcissism, and makes us to be no different than the most brutal dictators that we find so vile. Like Syria’s Al-Assad, I suppose we as a nation are determined to do whatever it takes, no matter the cost, to have our own way and ensure our own way survives. It is all about us, again, no matter the cost. Thus it is that thousands of our citizens have died over recent months, all of whom were still more defenseless than the boys and girls whose lives were snuffed out in Syria.

The article cites White House spokesperson Jay Tapper as saying, The Administration opposes gender discrimination in all forms, but the end result of this legislation would be to subject doctors to criminal prosecution if they fail to determine the motivations behind a very personal and private decision. Must we really say, “We oppose gender discrimination, but“? Indeed, if abortion were outlawed altogether, then the straw arguments that the current administration thinks it must espouse regarding the protection of doctors becomes irrelevant. Is life really so cheap, and our self-absorption so deep, that we can without wincing really justify our selfishness with little words like “but”?