One of the most influential “old guys” of the Scriptures is the Apostle John, a man who was staying strong for the reputation of Jesus even in his nineties. The man simply wouldn’t stop!

We know him primarily as the young disciple who, with his brother James, followed Jesus from the Sea of Galilee to no small number of  little hamlets and villages throughout the region of Galilee and Judea. He was a temperamental sort, with an impulsive spirit and a fiery attitude. John was the kind of man who would just as soon roll up his sleeves, makes fists with his hands, and start pounding away. No wonder he and his brother James were known as “Sons of Thunder” (Mark 3:17).

But John would grow up, and it was evident that time with Jesus was making him into a man and moving him away from being a grown-up boy. By the time Jesus died on the cross John had been given charge of Jesus’ mother Mary. Following Jesus’ ascension into Heaven John joined a select group of others as part of the leadership core of the fledgling assembly of Christ-followers in Jerusalem. The Book of Acts and Paul’s letter to Galatia makes these movements in John’s life clear. Eventually, a severe outbreak of persecution scattered the believers in Jesus, and their leaders, from Jerusalem toward the four winds. John left and made his way toward what is present-day Turkey, specifically to the ancient city called Ephesus, at which place he because a prominent pastor and leader.

The years would roll by. John continued to develop as a man of tremendous influence and prestige, no doubt in part because he had been among that very early, intimate band of people close to Jesus. As the other original disciples died off John’s influence grew. Before too long he was the only one left, giving him a notoriety that was significant.

As the pastor of the church in Ephesus, John was a first-rate theologian. Even cursory reviews of his New Testament letters and the complex tapestry which is the historical account bearing his name reveal that John was no simple man, but a very deep, exceedingly thoughtful, and pious individual who could easily consider and portray lofty theological notions with ease (see John 1:1, just for example). 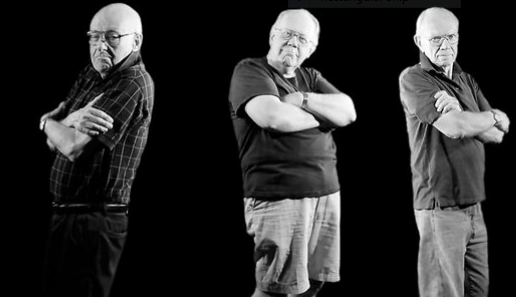 As the pastor of the church in Ephesus, John was a powerful disciplemaker, investing his own life into the lives of men who would take up his cloak of leadership and run with it straight into the second-century. Polycarp and Papias and Ignatius were just among a few who took the 100s by storm with a solid gospel message and a deep love for Jesus.

As the pastor of the church in Ephesus, John was a statesman and a shepherd, deeply loving his flock and one deeply loved. No small wonder that by the time his late years unfolded he was no longer known as the Son of Thunder but as the Apostle of Love.

I, John, your brother and partner in the tribulation and the kingdom and the patient endurance that are in Jesus, was on the island called Patmos on account of the word of God and the testimony of Jesus. I was in the Spirit on the Lord’s day, and I heard behind me a loud voice like a trumpet saying, “Write what you see in a book and send it to the seven churches. . . .”

It should be noted that at his age, and despite all of the travails with which he has dealt (arrest, boiling oil, arduous transfer to a prison island), John remained steadfast in his faith. He made it clear in Revelation 1:9 that he knew his circumstances were because of his devotion to the Word of God and his willingness to be a faithful and intentional witness for Jesus Christ. How easy it might have been for him to decide that he was too old and too tired to stay the course. Perhaps he should have retired and stepped out of the way so that the younger leaders could move on in. But no, John couldn’t do this. He had a sense of purpose, a mission, and he longed to remain faithful to his Savior and Lord to the very end of his life.

Revelation 1:10 helps us see something of his piety. A man who was willing to remain close to the Spirit of God and give himself to some kind of specific worship opportunity “on the Lord’s day,” who conveyed a dedication and personal discipline clearly left an indelible mark on the lives of multitudes who knew him and would hear of him. It must have been these elements of devotion that fueled his investment into the lives of people around him. John was a man who knew what Jesus wanted from him, and never wavered, even during that late season of life when, should he have known of the typical American approach to aging, he would have thrown in the towel.

This particular principle from John’s life may be of use to you: you are never too old or ruined to pass on a Kingdom-legacy. There is no doubt that life is hard. We get “ruined” by the things of this tired world. Sickness gets the best of us. Grief takes a toll. Financial insecurity besets many of us. Old age can be rough, but John did not let the ruining things of this life get the best of him. What defined John were God and both the written and Living Word. Every breath he took revealed this, and nothing moved him off this mark—not persecution, near-death experiences, brutal living conditions, abandonment, or loss.

If only, like John, you and I were to pass on a Kingdom-legacy. Everyone around us needs this! And we are never too old to make it happen.