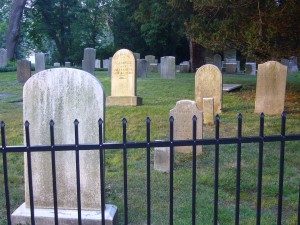 Dr. Dale Archer posits an important question in a recent opinion piece on the Fox News website: Is America Getting Meaner? He proceeds to answer the question, citing important statistics that validate the notion that we are. Moreover, there are the anecdotal pieces that suggest we are getting meaner—stories from within the public square that highlight this reality. He even names individuals whose tragic stories have captured our attention, given us (at least some) pause, and elevated buzz words like “bullying” to the national conversation. “[W]e are becoming a meaner society,” he writes. And he is absolutely correct.

What is missing, however, is a clue to the reason for this. Oh, to be sure, Dr. Archer correctly highlights contributing factors such as violent video games and violent movies and violent music. And he does call out social media such as Twitter and Facebook because of the way these too easily facilitate a bullying culture. No doubt, Dr. Archer is spot on when he references all of these pieces. They all contribute, they all condition, and they all matter.

But the reality is these merely echo something deeper, more sinister perhaps; something that goes unaddressed in the public square. I’m going to say it, and people will cringe, and once again someone like me—an evangelical, right-wing, Bible-thumping, Jesus-freaking Christian—will be called out for what he is against rather than what he is for. So be it. Here I go: is it possible that we are “meaner” because we sanction the death of our children as an officially recognized and acceptable policy of American society? We call it “choice” rather than “abortion.” We generally give it the appearance of a brief “procedure” rather than “butchery.” And we even support it with our hard-earned money, though thankfully we don’t actually write the checks (at least most of us don’t) to the abortion mill. We just pay Uncle Sam and he deftly takes care of it for us.

How can we possibly be surprised that we are a meaner society when we have ratified the extermination of over 53,000,000 children just since 1973? That is nearly nine times the number of Jews murdered during the Nazi holocaust! Indeed, right here in Fargo, North Dakota, every Wednesday at the Red River Women’s Clinic, an average of twenty-five boys and girls are taken from their mothers’ wombs. That is an entire kindergarten class every single week!

The reality is that we have conditioned ourselves to believe that life is cheap, meaningless, often in the way of what we as a society desire, and that it is completely okay to push aside anyone who blocks our pathways. And when we call this out, as if to actually declare it to be inappropriate, we are told we are bigoted, patriarchal, old-school, and anti-women, or something stupid like that. “They” wonder why it is our kids are so mean. Many of “us” wonder why it is we kill our kids. “They” want to talk about bullying. “We” want to talk about butchery.

But for some reason it typically just remains talk. And meanwhile we look around and watch while a great society goes down the tubes.

Or gets sucked into one.