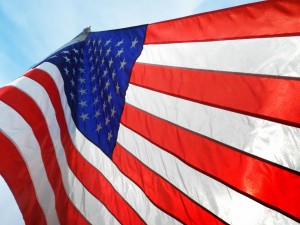 As North Dakotans prepare to go to the polls on November 4, one of the biggest decisions with which to wrestle is Measure 1, otherwise known as the Human Life Amendment; an initiative designed to affirm the protection of life at all stages of development. Within the broader discussion of Measure 1’s merits is concern that passage of the measure will negatively impact in vitro fertilization (IVF). Any common Google search regarding Measure 1 and IVF will find all kinds of opinions from opponents of the measure, forceful statements designed to frighten young families—even families who might otherwise be pro-life—into voting “No” on Measure 1; arguments declaring that an affirmative vote for Measure 1 will essentially ban IVF in North Dakota, reducing any real hope young families who are dependent on IVF might have. Consider, for instance, this statement, quoted in Cosmopolitan magazine, from Tammi Kromenaker, director of the Red River Women’s Clinic in Fargo:

[quote]“The North Dakota Legislature has a long history of attempts to restrict access to abortion. But the Legislature was not content with attempting to outlaw abortion and IVF; they wanted to cement their contempt for North Dakota women’s rights by being the first state legislature to pass a so-called ‘personhood amendment.’”[/quote]

Statements like Kromenaker’s certainly raise the specter that in vitro fertilization in North Dakota could be at risk. Yet hers is a superficial understanding of what are the legal realities. With this in mind, and so as to bring clarity to the relationship between Measure 1 and IVF, give careful consideration to the following material put together by a trio of women’s health and fertility experts—Kathleen M. Raviele, M.D.; Richard Vetter, M.D.; and Louise Murphy, M.D.:

The proposed constitutional amendment states: “The inalienable right to life of every human being at any stage of development must be recognized and protected.” The measure was placed on the ballot by the Legislative Assembly with strong bipartisan support. The purpose of the amendment is to prevent judges from creating a right to abortion in the state constitution, which would then be used to invalidate state pro-life laws, as happened last year in Fargo.

Some opponents of the measure have claimed that passage of the measure will prohibit IVF procedures. For example, the official website of North Dakotans Against Measure 1 states, “The measure could make it impossible for couples struggling with infertility to receive standard medical treatments like in vitro fertilization (IVF) in their own state.” Similarly, the chairperson of North Dakotans Against Measure 1, Dina Schoenthal Butcher, told the New York Times on July 7th that the measure contains “no exceptions” for “personal medical decisions” such as fertility treatments. She claims the measure contains “vague and confusing language” that leaves “no exceptions for anything.”

While the opponents of Measure 1 have offered no description of how allegedly “vague and confusing” language would result in the certainty of any particular outcome, we presume they contend (incorrectly) that the measure is self-executing and, further (also incorrectly) defines life as beginning at conception. This is because they repeatedly refer to the measure as a “Personhood” proposal that creates legal rights for a fetus at conception.

If a constitutional amendment was self-executing (which Measure 1 is not) and if it defined human life as beginning at conception (which Measure 1 does not) an argument could be fashioned that such a proposal would have implications for fertility and pregnancy care in the state. However, as is discussed further below, Measure 1 is neither self-executing nor does it define when life begins. It repeals or modifies no existing statues or policies.

The constitution of the state of North Dakota sets forth the rights, responsibilities and limitations of government in our state. The document contains thirteen Articles and deals with a myriad of subjects. Among its existing provisions is the inalienable right to life of every individual.

From time to time, the constitution has been amended by the people of North Dakota. Unless specific conditions exist to require otherwise, constitutional amendments are not “self-executing” – that is they do not in and of themselves result in changes in the operation of law. Rather, they require implementing legislation to achieve their objectives.

To be a self-executing provision, a constitutional amendment must either, 1) Explicitly state that it is self-executing; or 2) By its terms, the amendment “establishes a sufficient rule by which its purpose can be accomplished without the need of legislation to give it effect.”

Measure 1 does not contain any direct language making it self-executing, nor can its objectives be accomplished without need of legislation.

When, as here, an amendment is not self-executing, it falls to the state legislature to consider whether it impacts a given area of law or policy and, if so, to actually enact legislation making changes in that policy or body of law.

In fact, the measure, on its face, does not mandate any government action. Under the basic rules of grammar and the standard for legislative construction, a law does not mandate action unless the subject of the sentence is the actor and the verb is “shall,” not “must.” The subject of Measure 1 is the “right to life.” As such, the measure merely confirms that the existing right to life should not be interpreted to preclude legislation that might protect life before birth.

The legislature has plenary power over North Dakota’s laws, policies and procedures, including regulation of in vitro fertilization procedures, criminal assaults on unborn children, and abortion. This will remain the case whether or not Measure 1 passes.

North Dakota law does not prohibit IVF services. It is legal for IVF procedures to be performed in the state, subject only to generally-applicable state regulations such as those applicable to all medical clinics. Measure 1 contains no language directly regulating IVF procedures, nor does it direct the legislature to take any action concerning IVF procedures.

Opponents of Measure 1 allege that implications for IVF procedures might occur because they state it “declares that the constitutional rights of human beings apply from the moment that fertilization of an egg begins. This means that a single-cell zygote is the legal and moral equivalent of any other human being, and would possess all the same rights and protections as its mother.”

However, a reading of the plain text of Measure 1 reveals it contains no such provision. The measure is silent on when life begins and obviously does not create a conflict of rights between a “one cell zygote” and any other human being.

Opponents then extend the argument further into the realm of unreality by claiming that Measure 1 “bans IVF” and “could also impact the existing practice of freezing embryos.” Presumably, they mean that because (in their false interpretation) the fertilized egg has full constitutional rights. Under such a false theory, perhaps it would be considered slavery to store the zygote, or homicide to destroy a fertilized egg.

For the implications regarding IVF procedures in North Dakota to be impacted in the way that opponents claim, a series of false understandings must be accepted:
*First, one must accept that the existing constitutional “inalienable right to life” of every individual is not self-executing (which would put into question the current legality of IVF procedures) while simultaneously claiming that the proposed objective in Measure 1 to recognize and protect the “inalienable right to life” of every human is self-executing;
*Second, one must accept that the measure defines life as beginning at conception, which it clearly does not;
*Third, one must accept that it creates a conflict of constitutional rights between a fertilized egg and any other person, when such is plainly not the case. The measure does not even say when life begins, let alone imbue a fertilized egg with constitutional rights; and
*Fourth, one must conclude that all this combines to ban IVF entirely, or at a minimum make it impossible for IVF procedures to continue even if they are not formally banned.

None of these things are true. Moreover, even if they were true, IVF procedures in North Dakota could still continue uninterrupted by Measure 1.

First, not even opponents of Measure 1 argue that an egg fertilized in a laboratory (in vitro) could not be implanted in a woman’s uterus. So by their own terms, IVF implantation of a fertilized egg would not be banned.

Moreover, nothing about Measure 1 would prevent the implantation of several fertilized eggs into a woman’s uterus, as is the current practice among those performing IVF procedures. Opponents theorize that Measure 1 might prevent the selective abortion of unwanted embryos previously implanted. However, North Dakota law allows for abortion for any reason up to 20 weeks of pregnancy, and longer if medical circumstances require. Measure 1 does not change that law.

If by chance you are undecided regarding Measure 1, and the main hesitancy you have relates to the matter of in vitro fertilization, then please give serious consideration to the expert testimony put forward by those women’s health and fertility doctors who have taken the time to match their medical expertise with the legal realities within the state of North Dakota. After so doing, I am confident you will vote “Yes” on Measure 1, a vote that no doubt will affirm still more that North Dakotans do indeed value life at all stages of development.